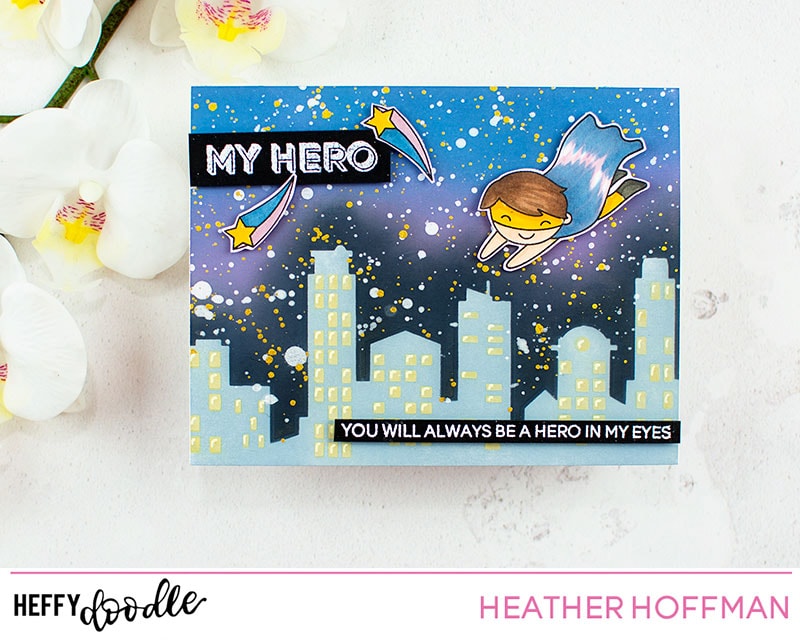 I love the clever Cityscape Stencil – I used both sides of this and lots of distress oxide inks to create the city skyline. I stenciled the city in a soft blue, blended some deep blue, purple, and bolder blue for the sky, then masked off the city again to add some white and gold splatters. Once that all dried, I also stenciled on the yellow lights on the city using the reverse side of the stencil. As a final finishing touch, I added a little detail with a white gel pen on each window. 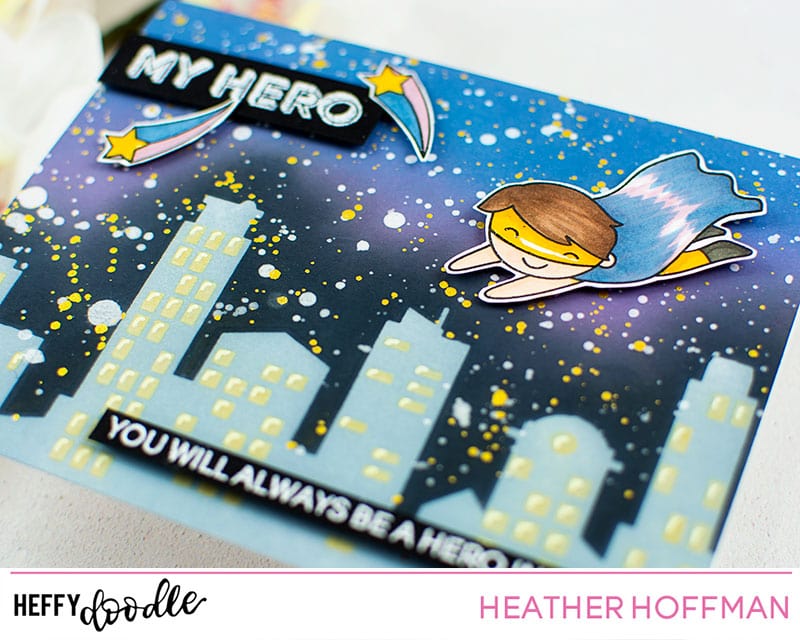 Next, I colored up the cut superhero from Superdudes with Copics,  and did the same with the shooting stars. 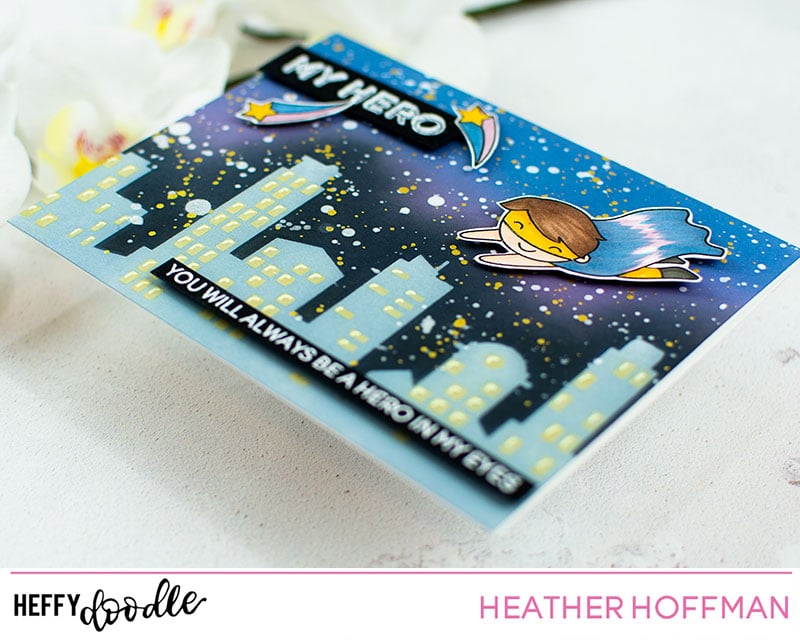 I heat embossed some sentiments from the set in white on black cardstock, then trimmed into strips using Strips of Ease. I mounted those with foam adhesive on my cardbase – and added my superhero and the stars as well. 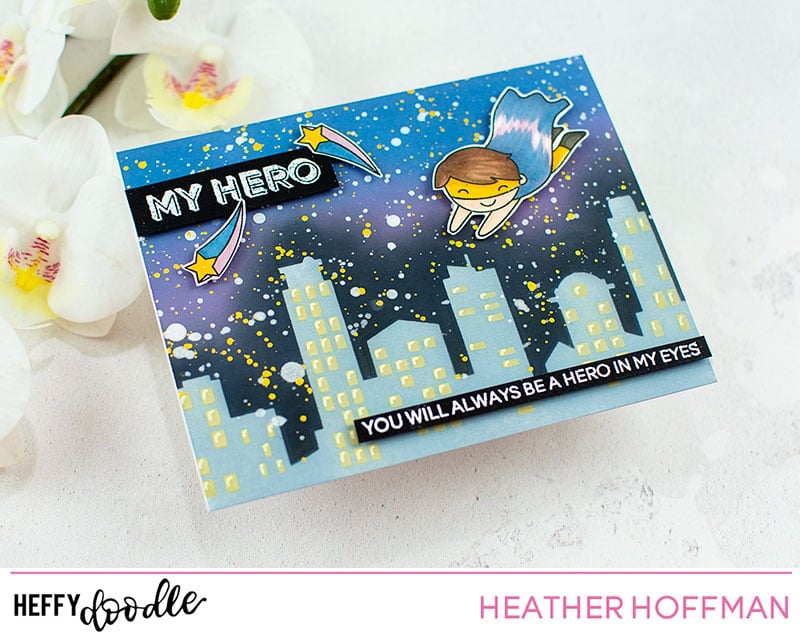 As a final finishing touch, I added some Glossy Accents on the mask for a bit of fun shine and the stars. You can see it a bit in this final photo: 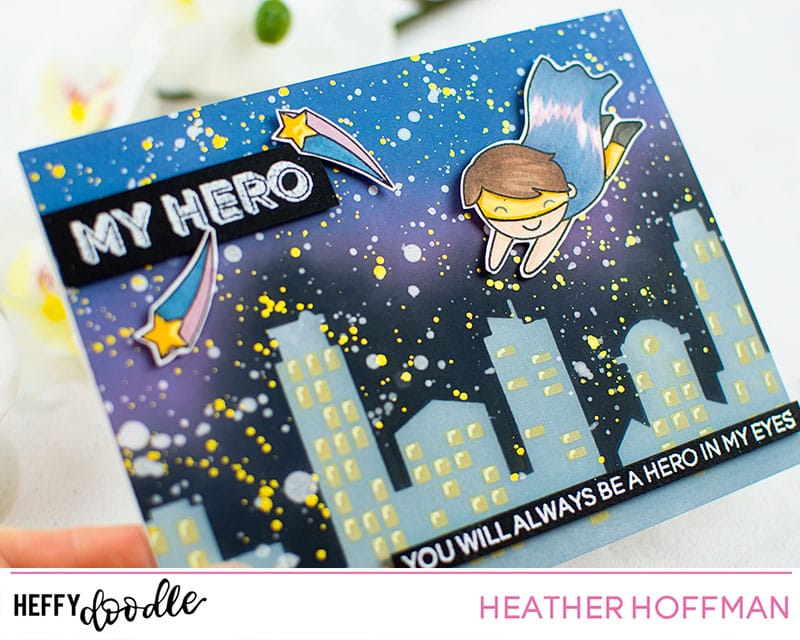 Thanks so much for stopping by – have a wonderful day!