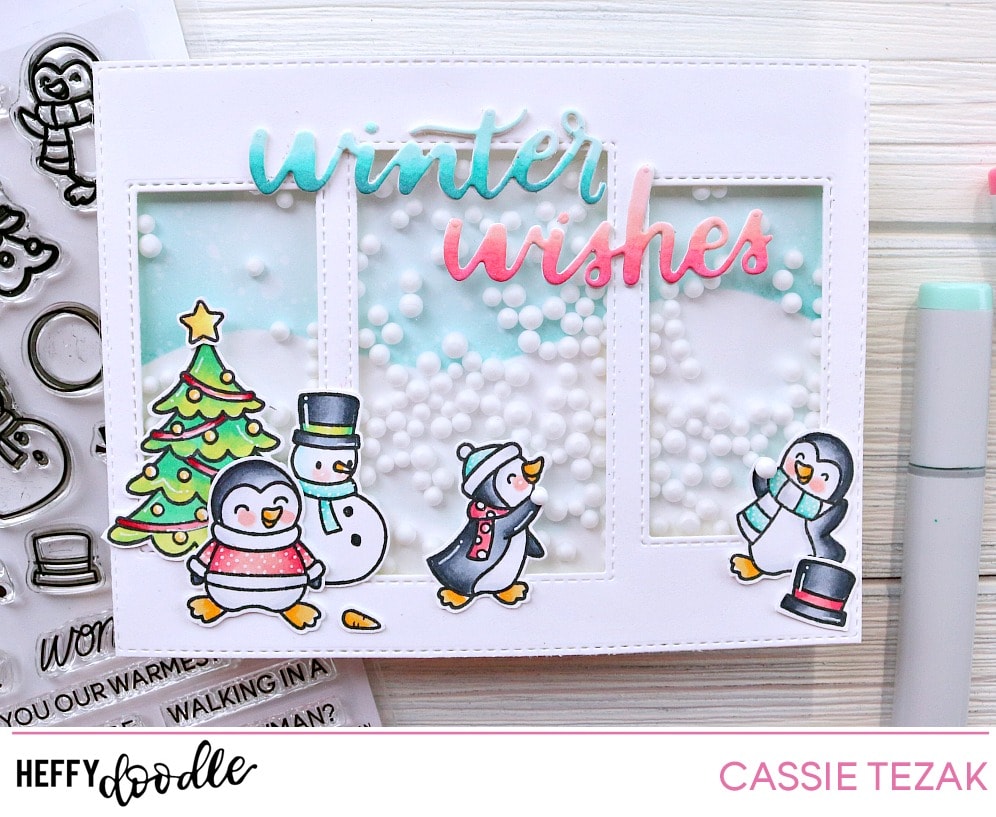 Hi, everyone! It’s Cassie here, and I’m back with a fun and wintery shaker card to share with you. This is one of my favorite cards that I’ve made this season, so I’m really excited to share it with you. I started today’s card by putting together the shaker portion of the card. On an A2 size card panel I used the First Snowfall Stencil to create a snowy hill in the background. In the end it isn’t super noticeable, but I do like the variation between the top and bottom. To create the top portion of the shaker I die cut the largest rectangle from the Imperial Stitched Rectangles from a piece of white cardstock. Then I die cut two of the smaller rectangles from the center of the piece. I did the larger one in the center, and then two of the smaller ones on either side. To create the walls of the shaker I did a double layer of foam tape around the perimeter of the card, as well as under the panels between the three rectangles that were cut from the top piece. For shaker bits I used some white puff balls that I found at my local craft store. I thought they looked like snow balls! 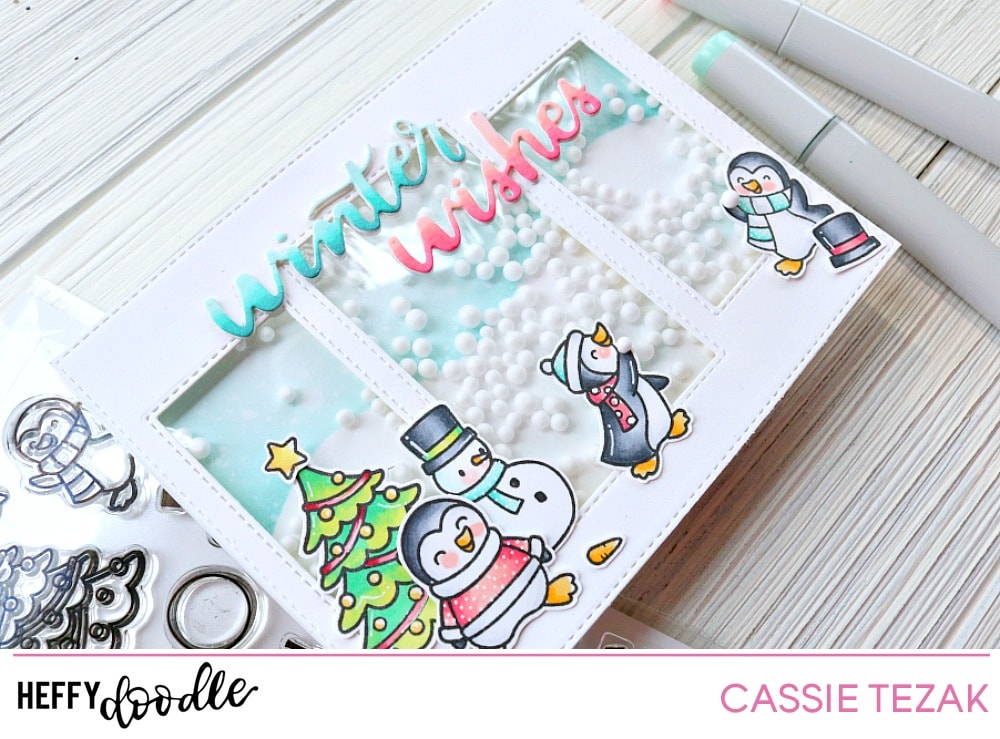 Once the shaker was put together I worked on the elements that were layered on top of it. I stamped a bunch of the images from the Wanna Build a Snowman stamp set. This is one of my favorite stamp sets from the last release. Those penguins are SO cute! I colored them all in with my Copic Markers, and fussy cut them out. I also die cut out three of each the Winter and Wishes dies to layer them for the card. I glued all the layers together and colored the top layer with my Copic Markers. This is a great way to make sure that your die cut words match your project perfectly! 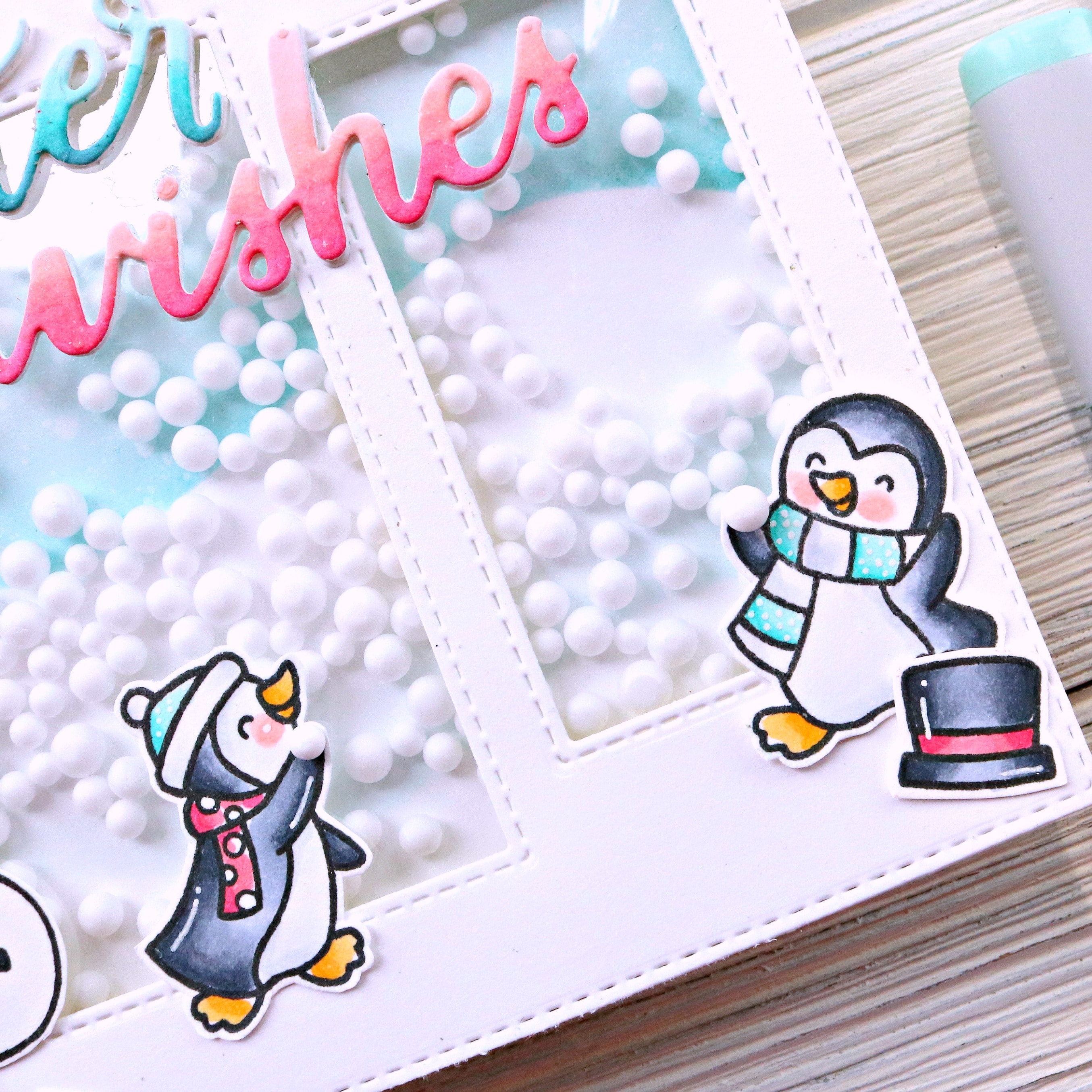 Finally, I adhered everything down to the card and added some white gel pen accents. I also gave these two penguins each a snow ball so that it looked like they were having a friendly little snow ball fight! 🙂 Aren’t they adorable?? 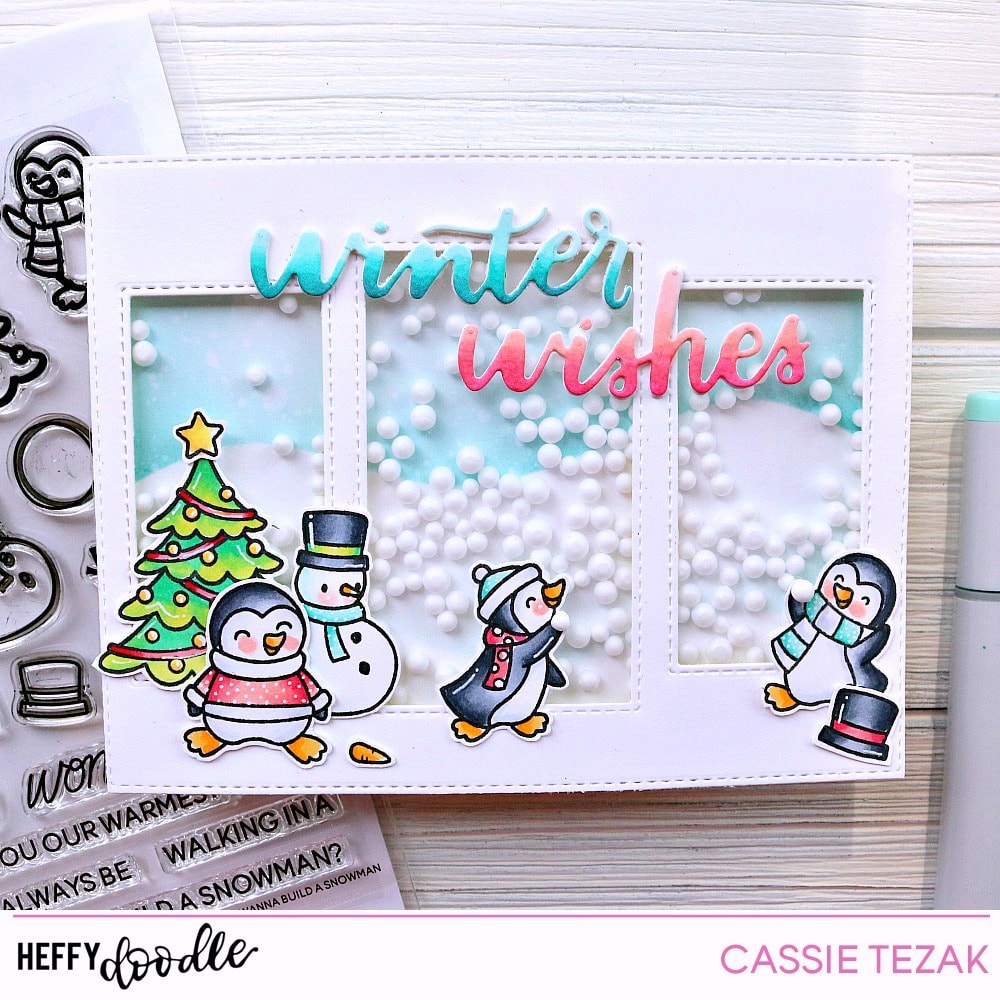 And that was my card for today! I hope you enjoyed it. I have to admit, I wish we had as much snow as the penguins on this card do! They make it look so fun 🙂 Thank you so much for stopping by today, and I’ll see you again soon with another card!