It is Zsofi here, welcome to another edition of my Perfect Combos series. Fall is one of my favourite seasons and I was eagerly waiting to mix and match the new stamps and dies from the latest release. So here you go, a slimline forest scene for any occasions. Let me guide you through the process. 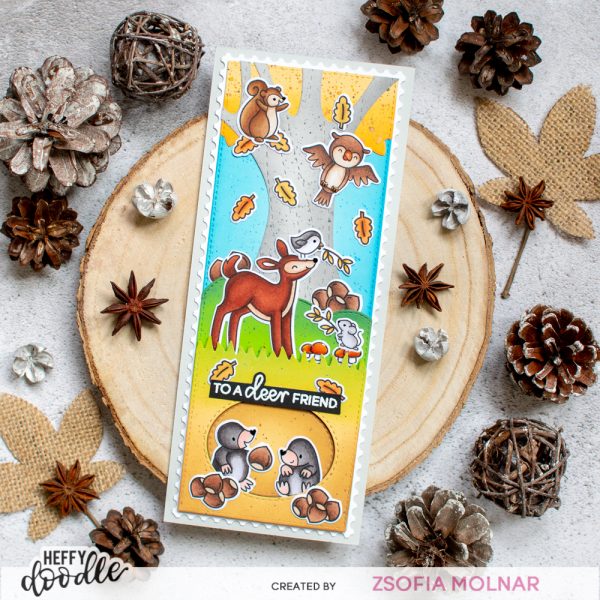 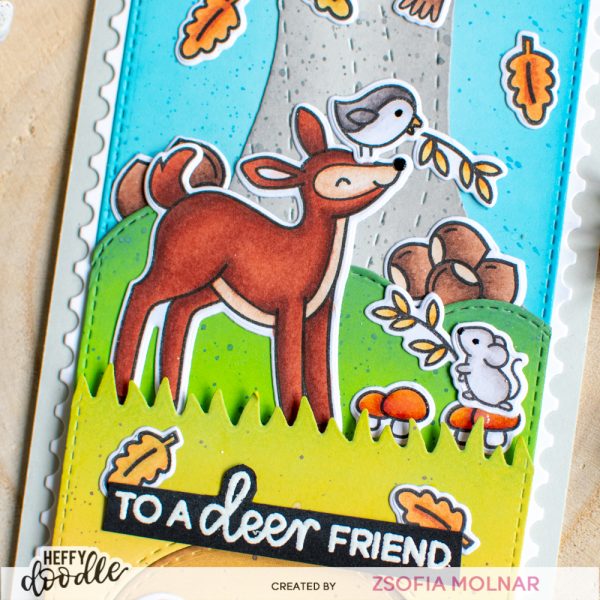 While I was at die cutting I also cut the elements for my slimline scene using Heffy Doodle coloured cardstocks. I needed a postage edge rectangle from white cardstock (Slimline Mini Mail), a blue (Ice Blast), green (Kiwi Crush) and light yellow (Butterscotch) stitched slimline rectangle (Stitched Slimline Trio) and a tree trunk from grey (Oyster Shell) cardstock with the new Tree-mendous Peek-a-boo tree die. Then I used the canopy die from the same set to cut the canopy from the yellow rectangle, and the Grassy Lass Border dies to cut the grass. I also made a whole on this panel with a Stitched Oval die as a cave for my moles. I used a cloud border die for the bush from the Silver Lining Cloud Border die set. I added texture to the tree trunk with the new Woodgrain Texture background die. 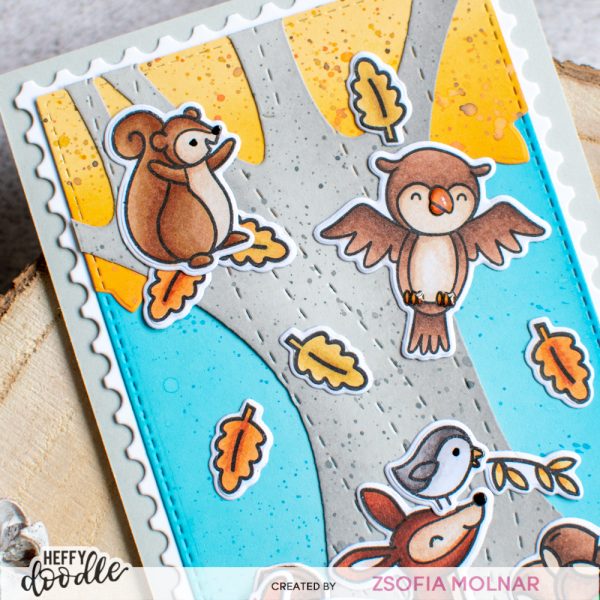 I used some Distress Oxide inks for shading the die cuts, and added some splatters to each too. I assembled the scene as on the picture, I used 3D foam squares behind the grassy panel to give the whole scene some depth. The sentiment I white heat embossed on black cardstock and fussy cut it with scissors. 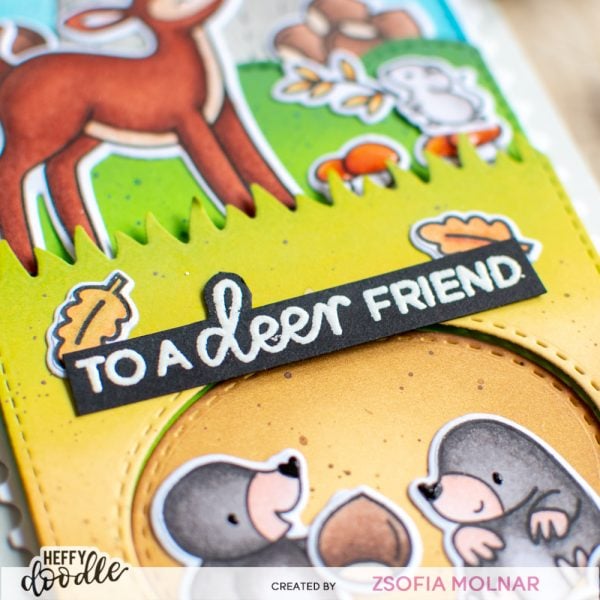 As a finishing touch I used glossy accents on the mushrooms and beaks and emphasized the eyes with a black glaze pen. The cardbase is made of light grey cardstock and measures 3,5*8,5 inches. 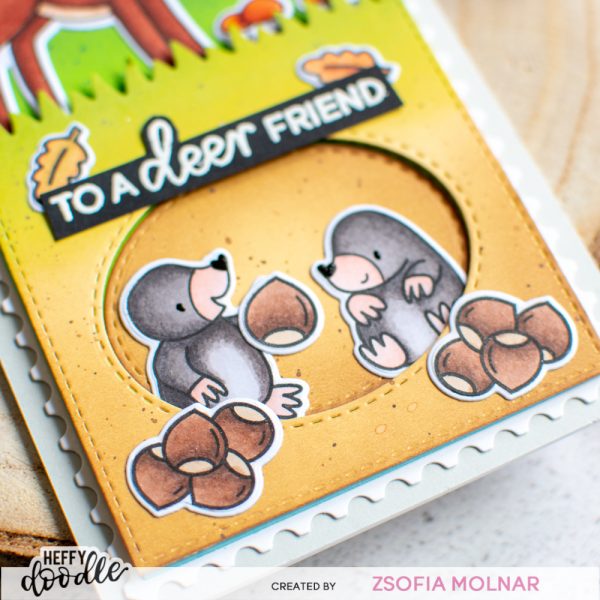 I hope you enjoyed this all occasion slimline scene and will pop in again soon for more.