Hello, Tallie here! Have you seen how SUPER the newest release is? It’s not available just yet – pre-orders will open on 1st of February before the full release on 11th February – so here’s some inspiration featuring the fantastic new release stamp set, Superdudes, the new Rays the Roof stencil and the new Stitched Alphabetters dies.

I went for the classic bright, bold comic book scene, sticking to a colour scheme of red, blue, white and yellow. 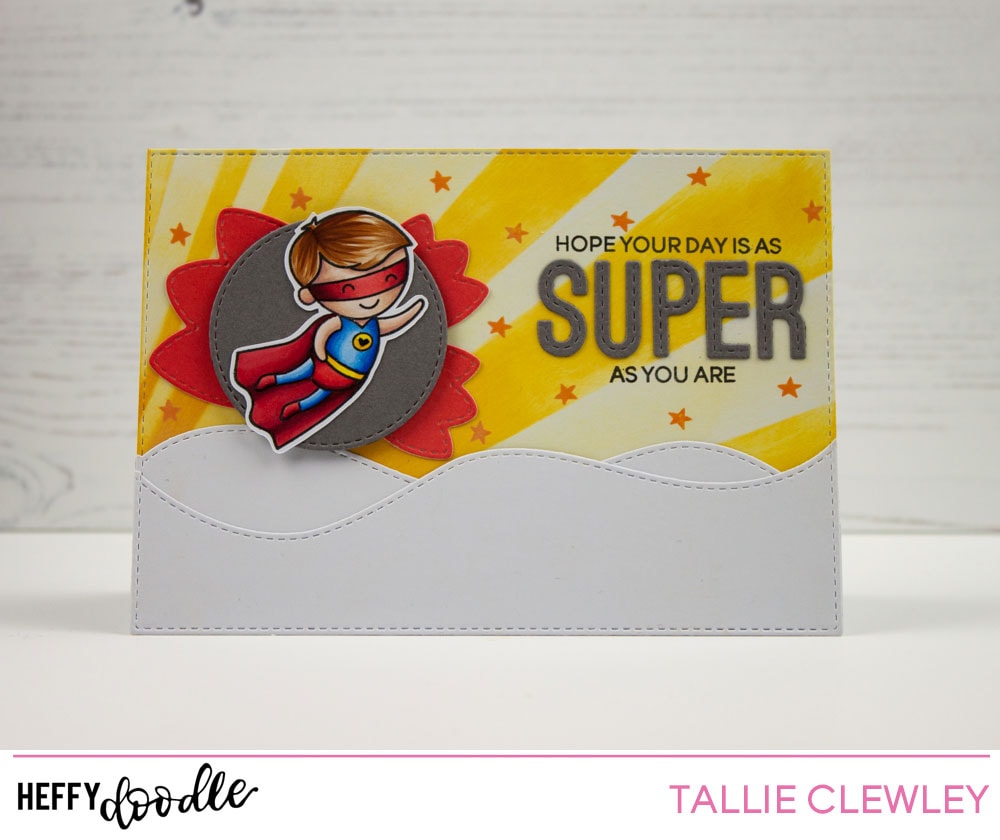 I started out with an A6 white panel cut with the largest of the Metric Stitched Rectangles dies. I used some Fossilized Amber and Spiced Marmalade Distress Oxide Ink over the Rays the Roof stencil, holding it in place with some Heffy Memo Tape. After removing the stencil, I brushed on some of the leftover ink left on my blending tool over the stark white rays.

For SuperDude, I stamped him out on some blending cardstock and coloured him in with my Copic markers. Of course, I had to use the real Superman as inspiration! I cut him out with the coordinating dies.

I built up the rest of the scene using the Stitched Slopey Joes Border Dies for the clouds, a Stitched Circle Die and the Stitched Dino Prints Dies for the burst behind him. They make a perfect ‘POW!’ type explosion behind him! I mounted these up on some foam tape and adhered SuperDude over to one side. 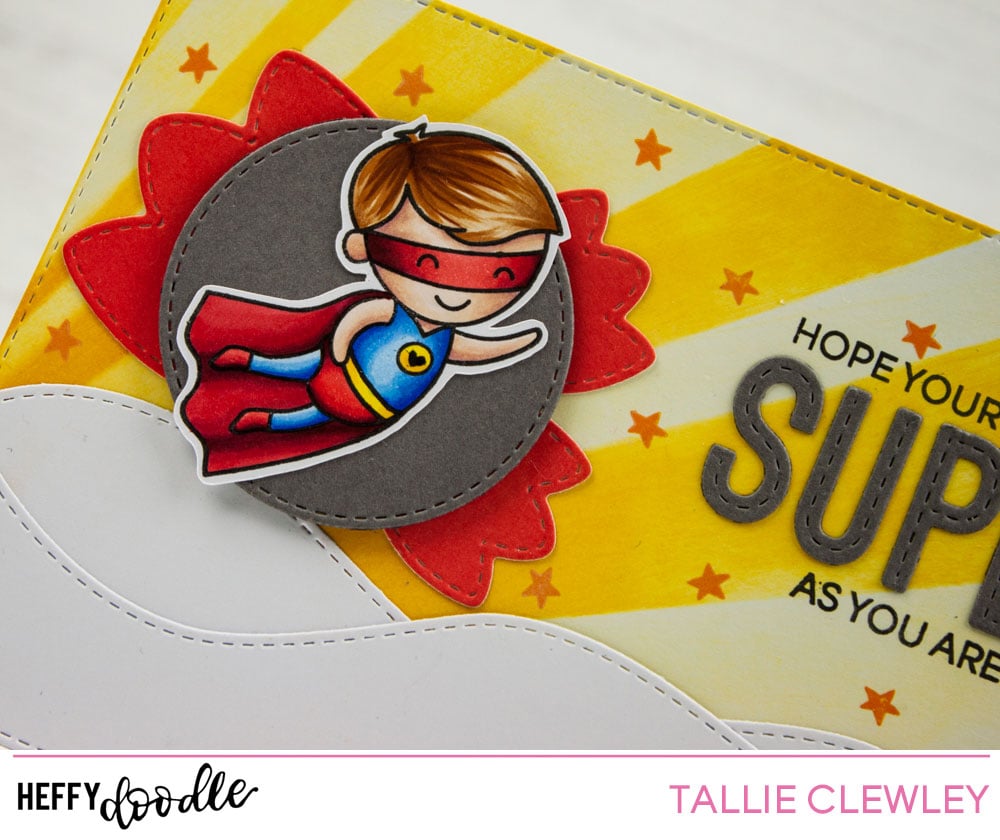 I created the sentiment with a mix of of stamping from the Superdudes stamp set and die cuts from the Stitched Alphabetters dies. A tip to help align the letters straight when adhering – the Heffy Memo Tape works perfectly!

The final finishing touch was to stamp some of the solid stars from the Superdudes stamp set over the background.

Thanks for reading and don’t forget to get in quick with the pre-orders for this release!

What a wonderful card !! I loved the super dude and the rays stencil !

Thanks, Pooja! They go wonderfully together. 🙂