Hello friends! It’s Ashley with a magical new scene for you today as part of my ongoing scene building series! I broke out one of the fabulous slimline dies today to give myself extra room for these pretty little cuties! 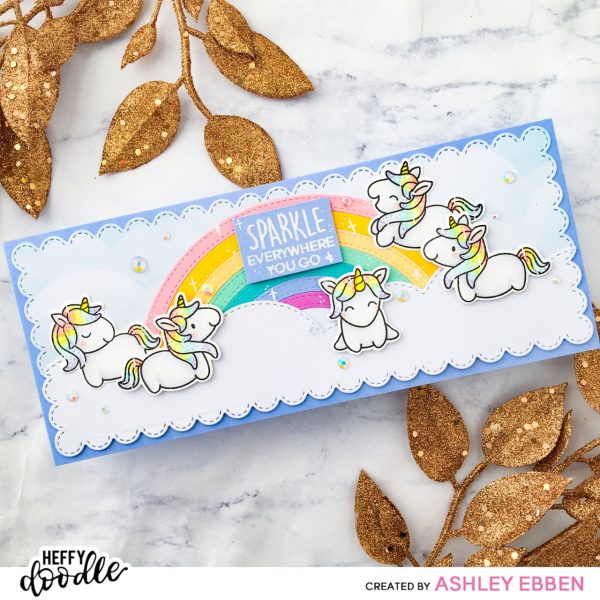 I started this card by creating my cloudy background. While I absolutely love the Cloudy Skies stencil, I couldn’t use those inside portions for a horizontal slimline. So I decided to make my own stencil using the Silver Linings Cloud Border dies and some scrap cardstock! Once I had my stencil all worked out, I grabbed some Heffy Doodle white cardstock and blended some soft clouds with Pinkfresh Studio Sky Blue Ink. I then die cut the piece with the Slimline Pull Tab die for a pretty scalloped edge and added to a Cornflower cardstock base. 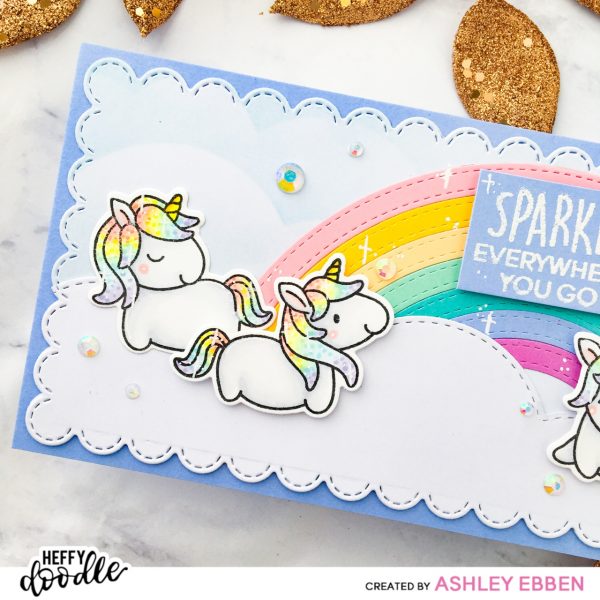 I wanted a large rainbow in the background to cover most of my card, so I pulled out my Stitched Circle dies and several colors of Heffy Doodle cardstock and got to work! I made several thin circle frames by using two circles right next to each other and working my way down until I had seven nesting circles. I cut them in half and added the halves to my card, saving the other halves for a future project. I then made a cloud edge from Heffy Doodle white cardstock and the Silver Linings Cloud Border dies. I die cut the cloud line with the Slimline Pull Tab die to give it a matching scallop border and added it to the card to cover the bottom of the rainbow and card. 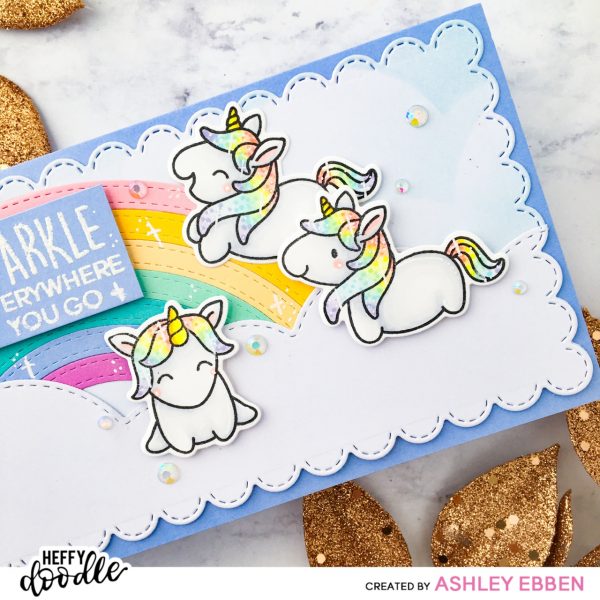 I stamped each of the Fluffy Puffy Unicorns in Lawn Fawn Jet Black ink onto Alcohol Marker Friendly cardstock and colored with a rainbow of Copics. I cut them out with the matching dies and added them to my card, popping a few up with foam tape. I stamped the sentiment from Fluffy Puffy Unicorns in VersaMark ink on Cornflower cardstock and embossed with white before adding it to my card with more foam tape. I finished with white gel pen details and some iridescent jewels for lots of sparkle. 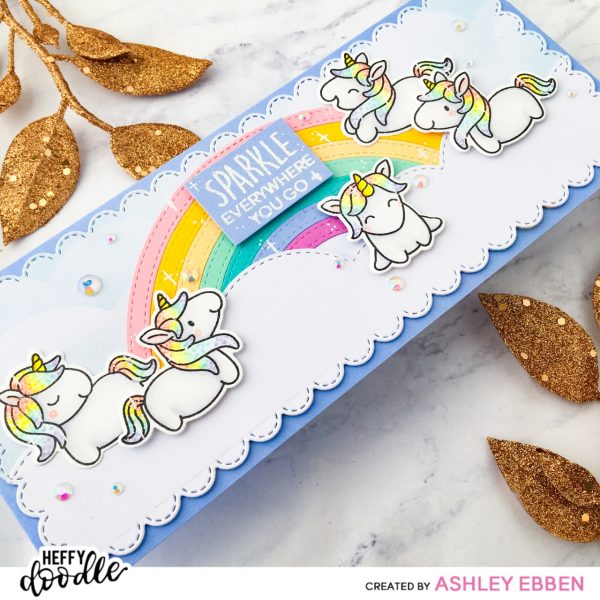