Hello, Heffy Doodlers! I’m back with another installment of my Scene Colouring series today. I’ve been seeing lots of masked scene cards where there is a slit of background taking up a portion of the card panel and some added foreground elements. I thought I would put my personal spin on it and give it a try today! My seaside themed card features the You Go, Gull and Otter Side stamp sets and just a few Copic markers! 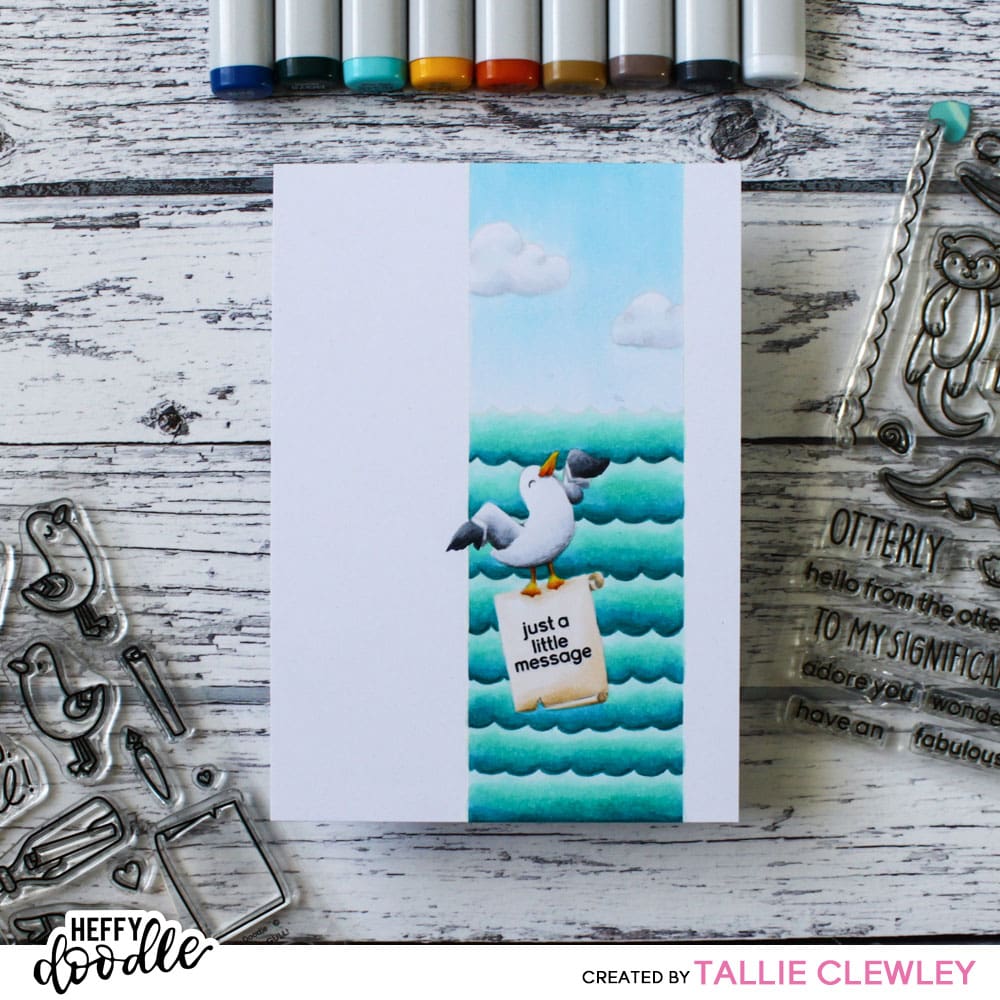 The first part is to create the scene. I used some Alcohol Friendly cardstock and some Lawn Fawn Jellyfish ink – a perfect combo for no-line alcohol marker colouring! 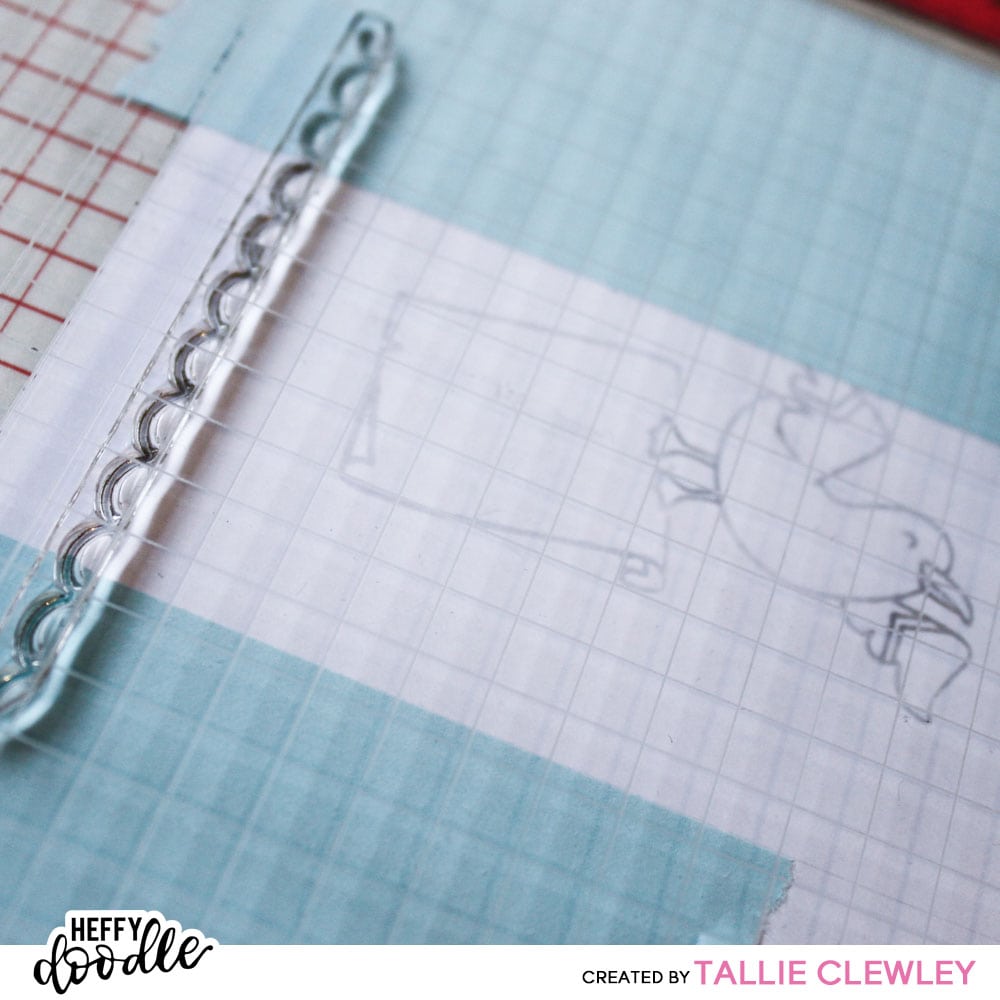 I planned out the scene first, choosing to have my background slice on the right hand vertical section of the card. I stamped the front-most image first – which happened to be the seagull from You Go, Gull in this scene. I then stamped the scroll, masking off the gull’s feet and then used some Heffy Tape to mask of the slice of background so I could repeatedly stamp the ocean waves from Otter Side. I left out stamping the sentiment until after I completed the colouring to reduce the risk of ink smudging or bleeding, which I can find sometimes happens with the lighter markers with a lot of colourless blender in. 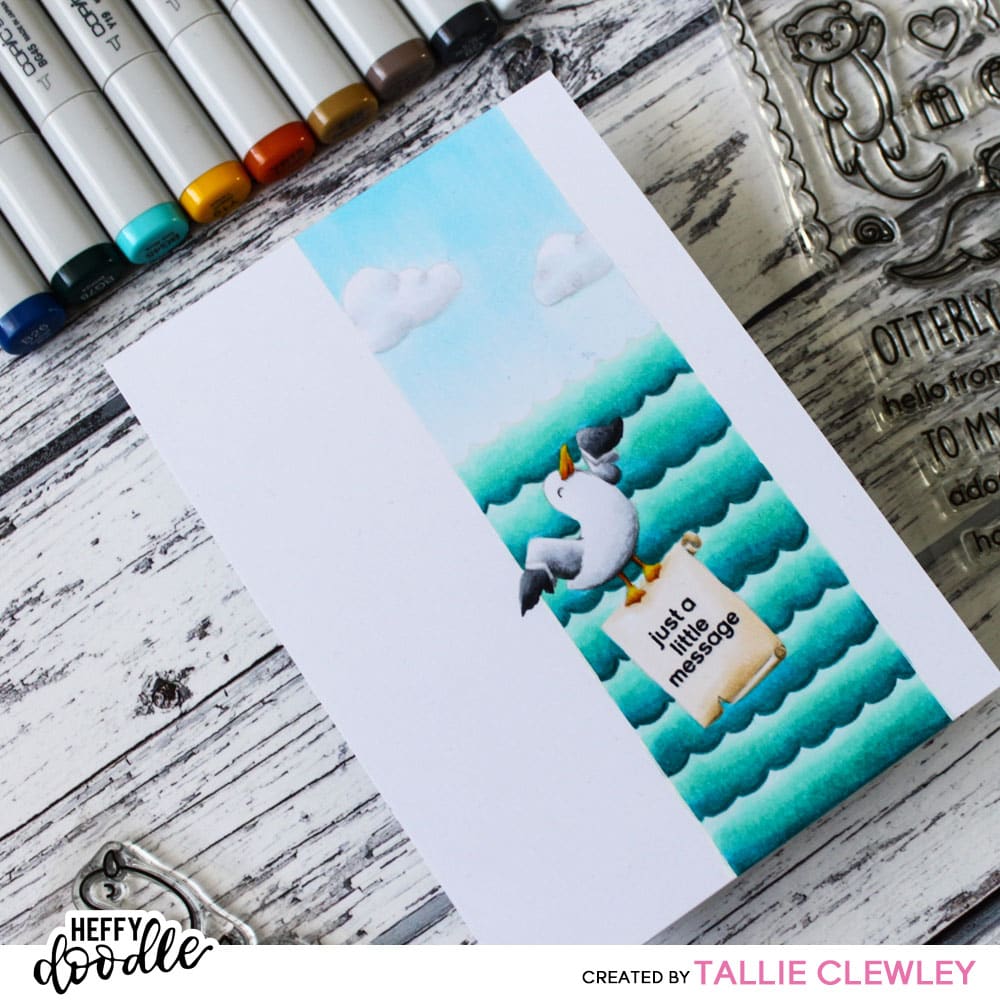 And onto the colouring! As usual, I started out with the background. I used two different colour families to differentiate the sky from the sea – pale blues for the sky and blue-greens for the waves. I’ve shown my technique for colouring waves in a similar card before, but I start with the darkest marker at the bottom and work my way up to the lightest markers at the crests. 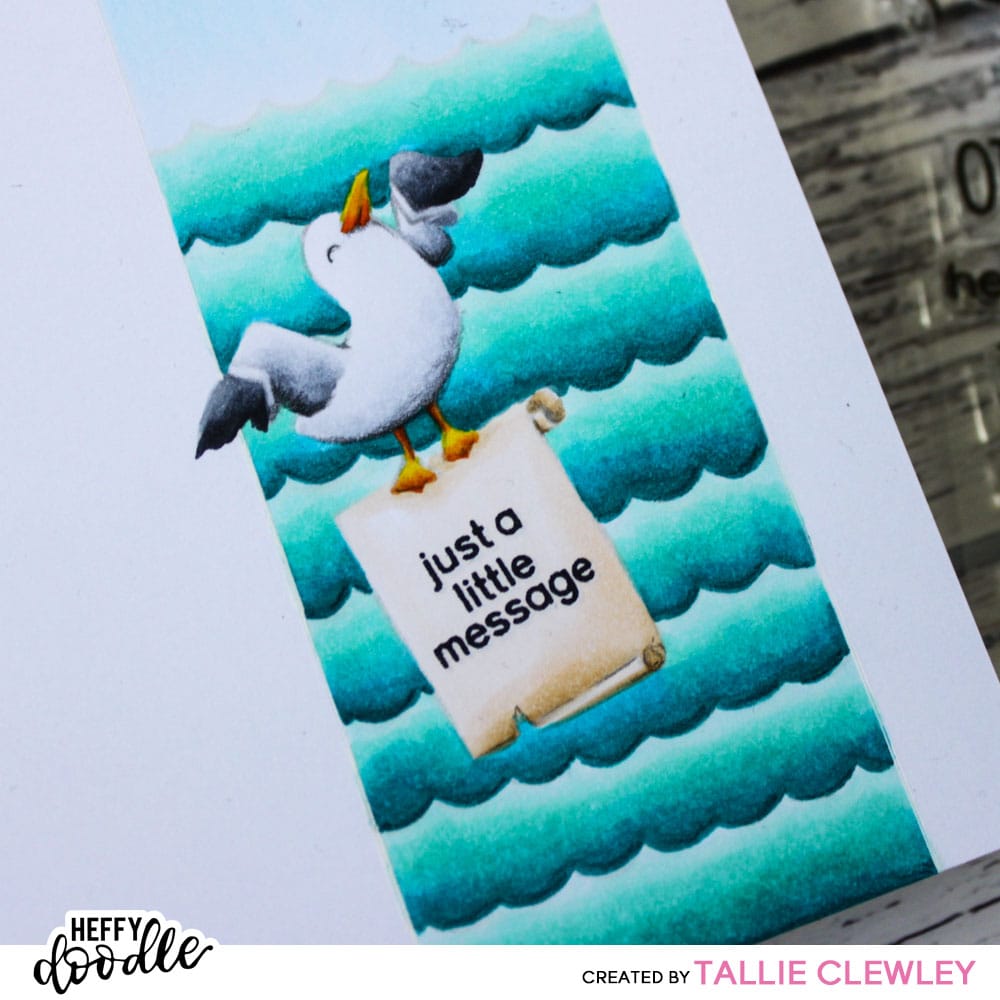 I coloured in the seagull, using some brighter yellow and orange markers to make him stand out from the background. I then stamped the sentiment from You Go, Gull on the scroll and deepened up the shadows with my coloured pencils. 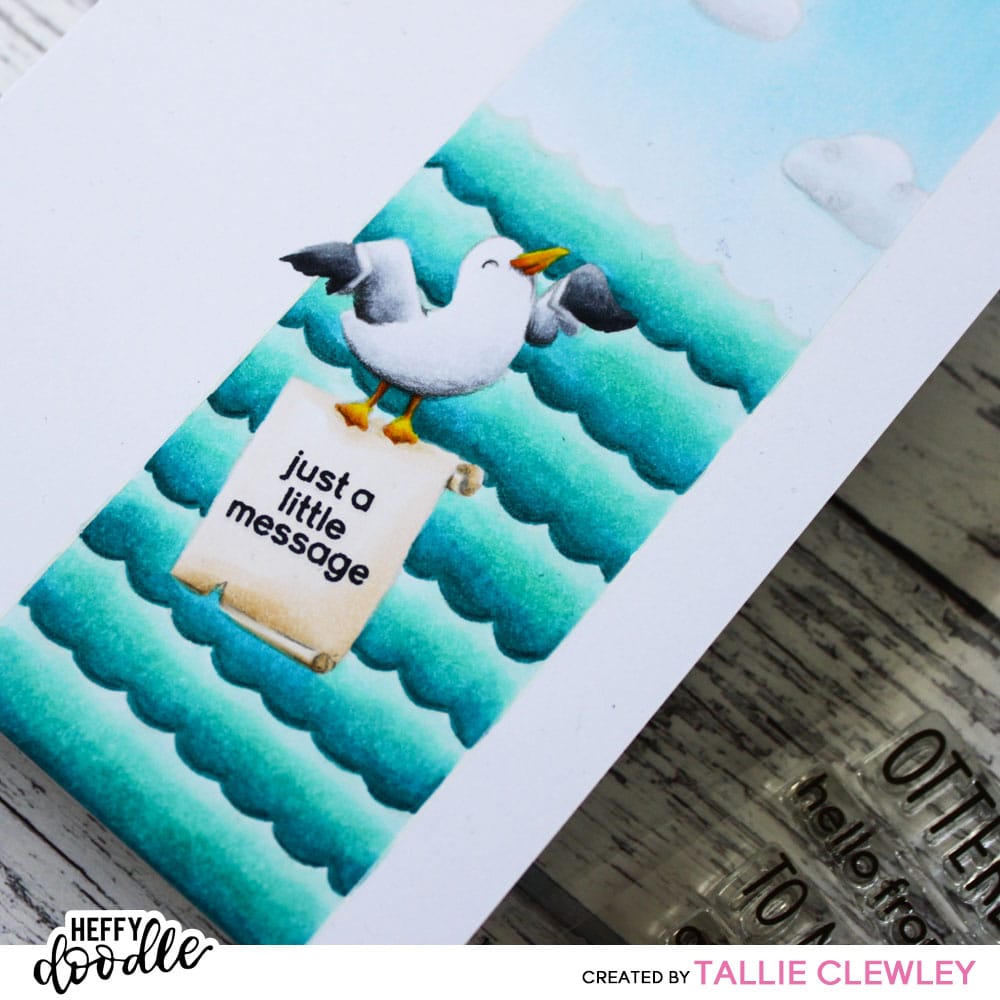 This makes a really good base design for a seaside scene card, providing you can colour in the lines!