Hello, Tallie here. I’m back today with another CAS (Clean and Simple) scene card. A scene doesn’t have to take up the whole card panel, and this card uses the Circle Masquerade stencil along with the cute little owl buddies from the Hootiful stamp set to create a circular focal point. 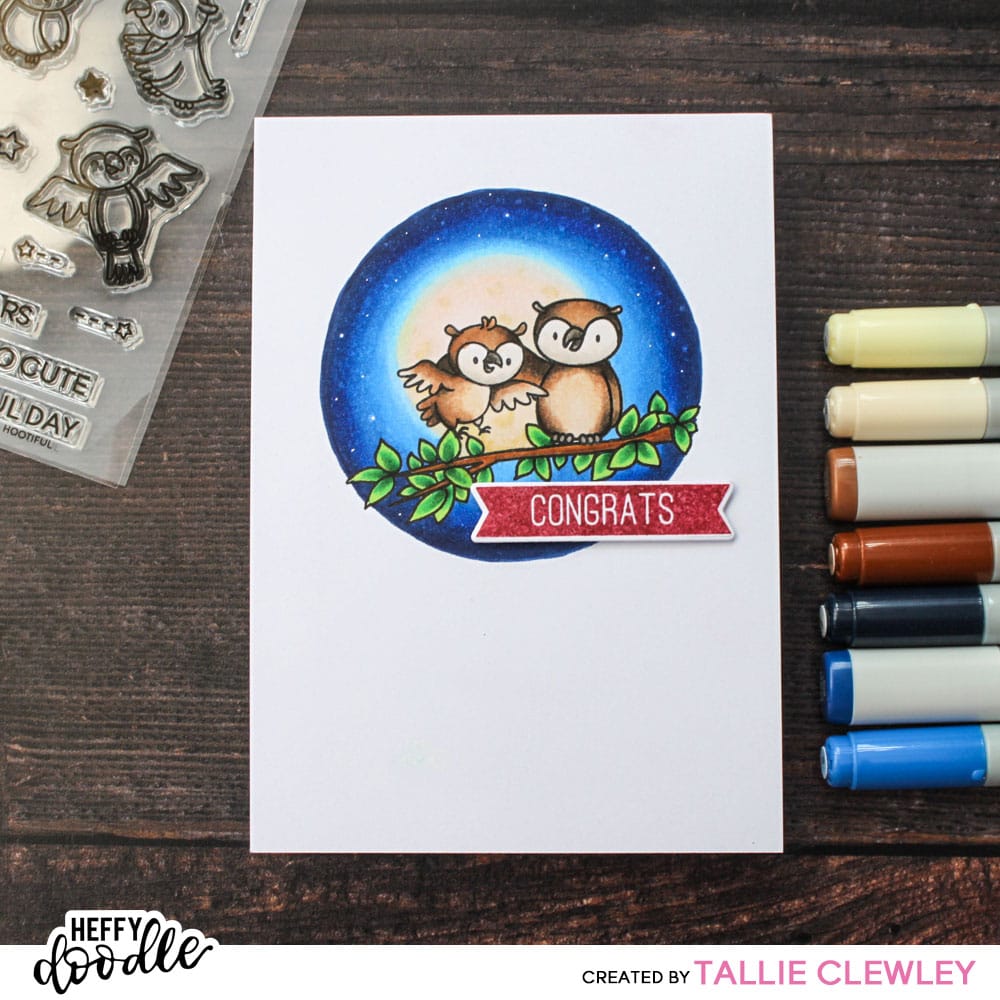 I started out by aligning the Circle Masquerade stencil onto a panel of alcohol marker friendly cardstock. This provides a perfectly aligned circle to arrange the scene on. I lightly drew in a pencil line around the circle for a future guide. 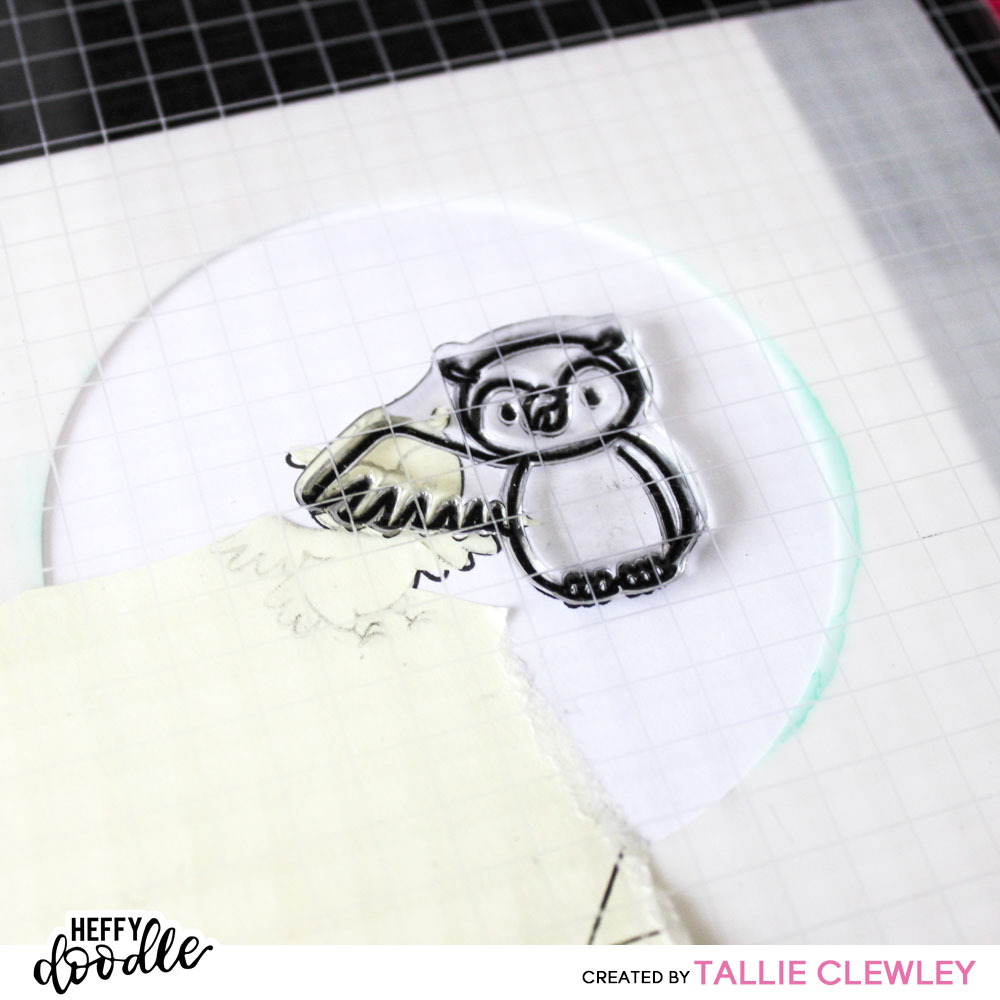 I stamped out the elements, starting with those that would be at the front first. So, (1) little owl, (2) big owl and (3) branch. I used a bit of masking paper to help mask off bits of the scene. I used a marker to add in a few more leaves to the branch so it didn’t end so suddenly at the edge of the circle. 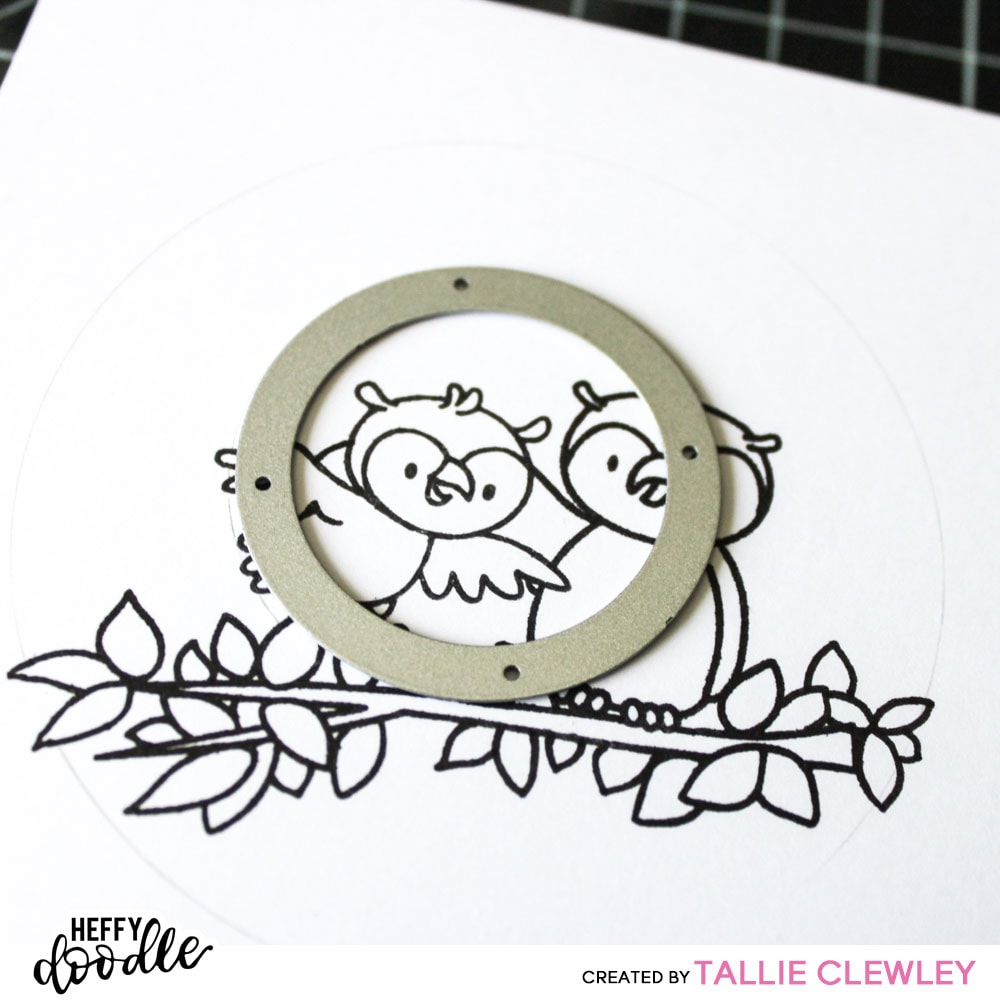 I wanted to add in a moon so I used one of the smaller Skinny Circle Frames dies as a template. And now for the fun part – the colouring! 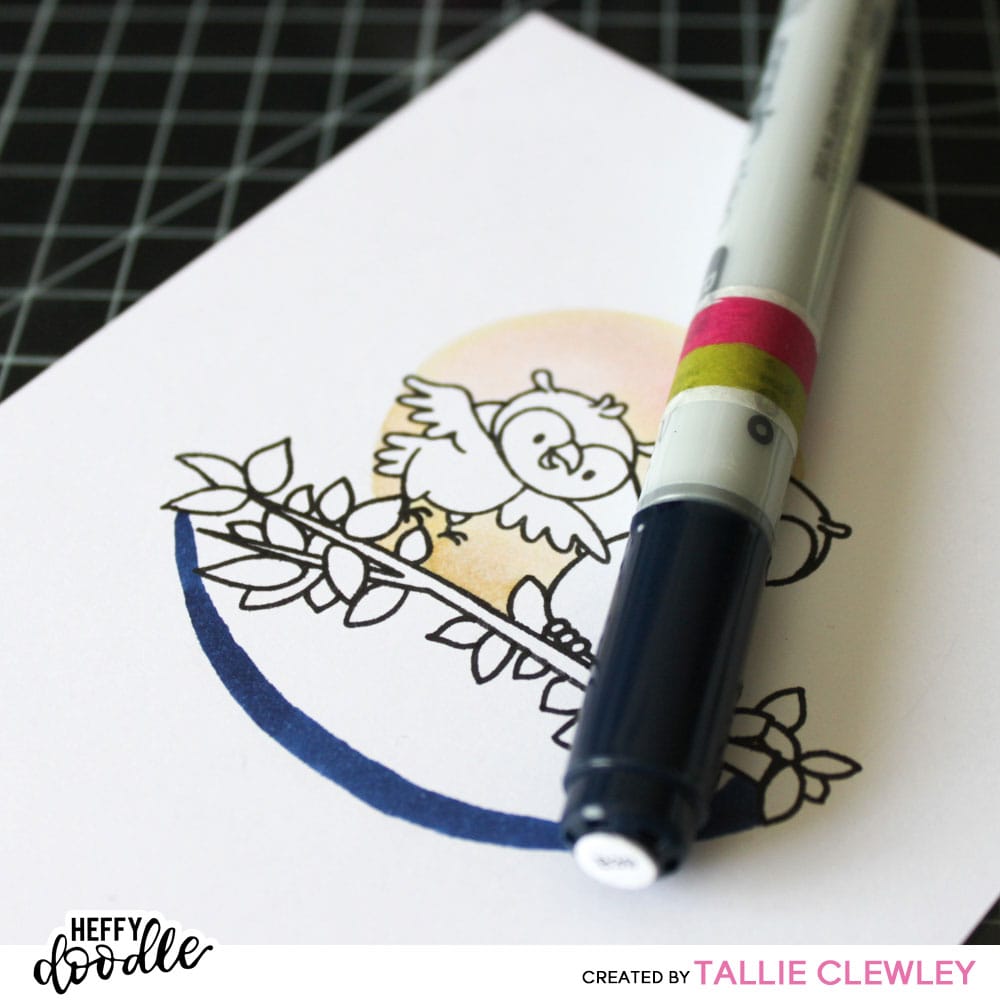 I started with colour-blocking out the moon as this is the lightest part of the background. I used some light yellow and earth tone markers to get the night scene look. I then chose some darker blue markers to fill in the rest of the night sky, making sure the darkest blues were on the outer edge. 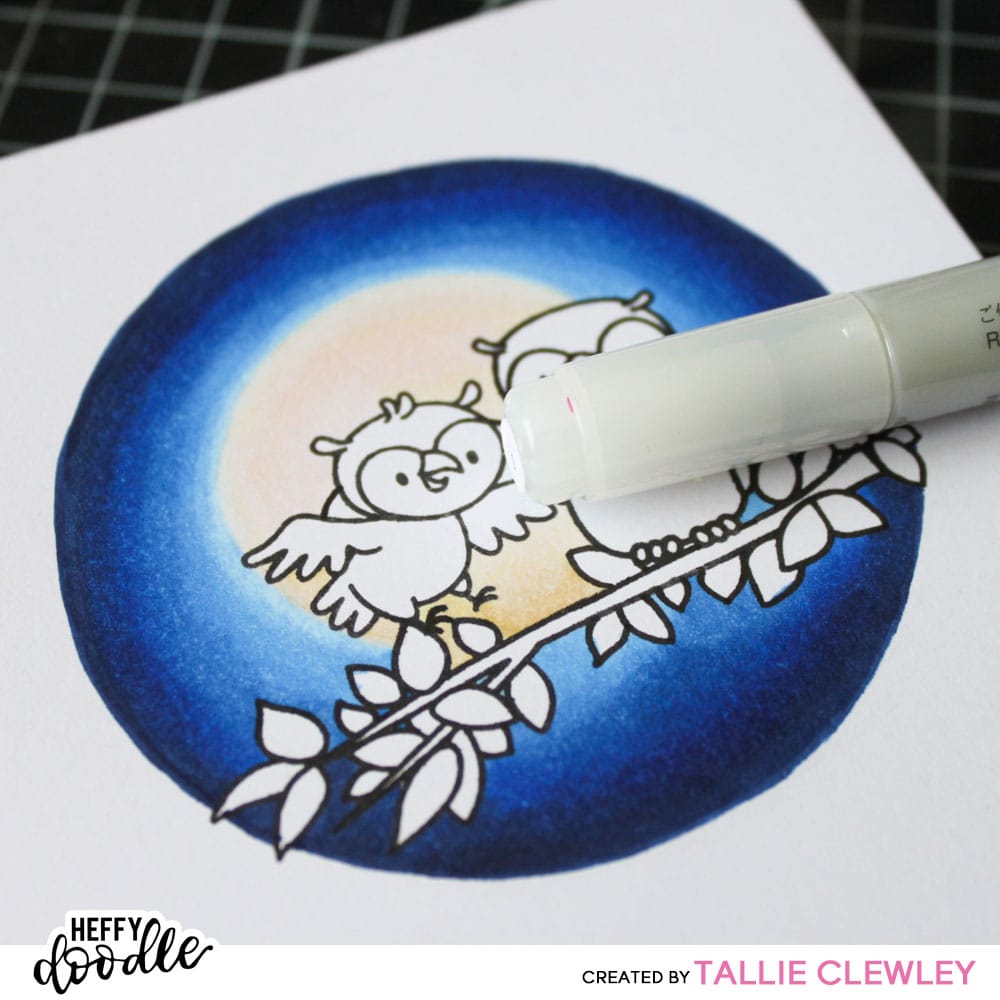 I used a 0 or colourless blender marker to smooth the transition between the moon and sky. I chose some light brown markers for the owls and some bright greens for the leaves. I’m not too worried about a realistic light source for this scene (the owls would probably be more in silhouette if the moon is behind them) as I want the features of the owls to be clear. In my first pass, the shading on the owls is far too light, so I chose some darker markers and added more layers. 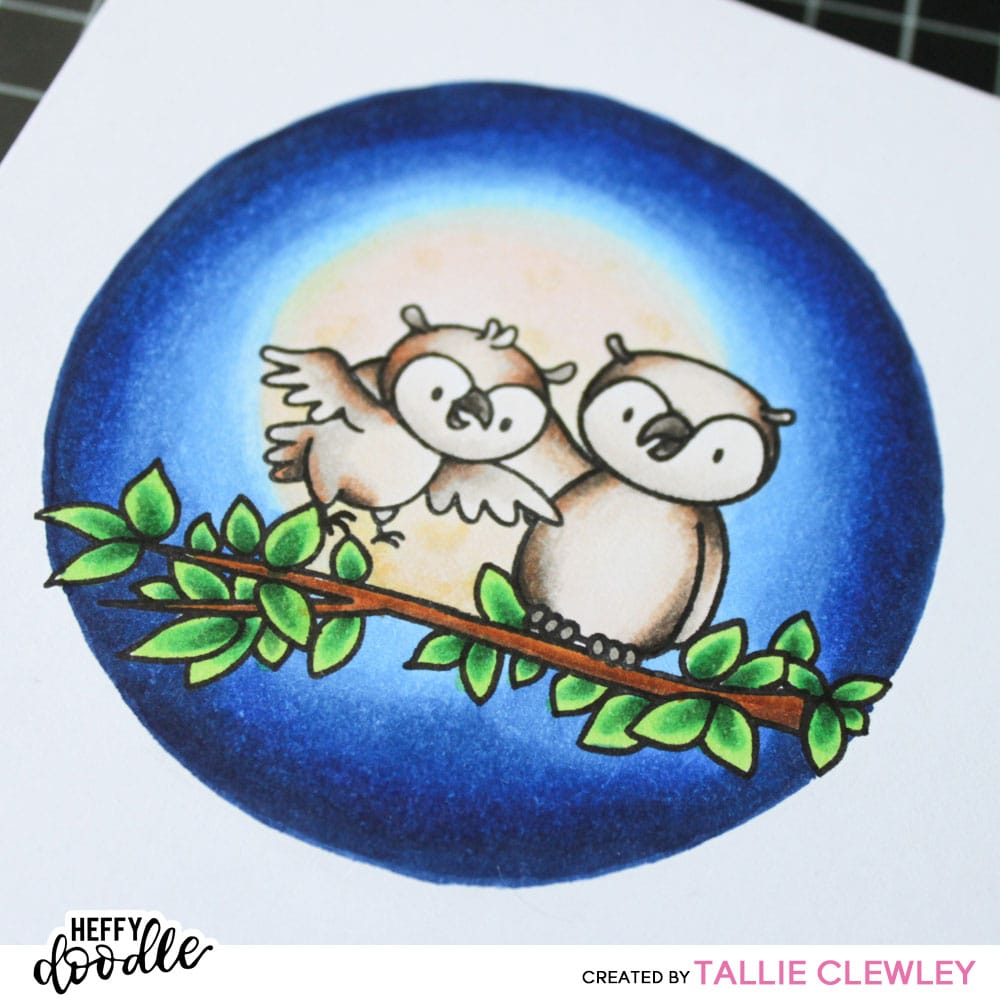 The night sky wouldn’t be complete without a few stars. I used my 0 marker/colourless blender to lighten up some of the darker areas and a white gel pen to add those starry dots into the sky. 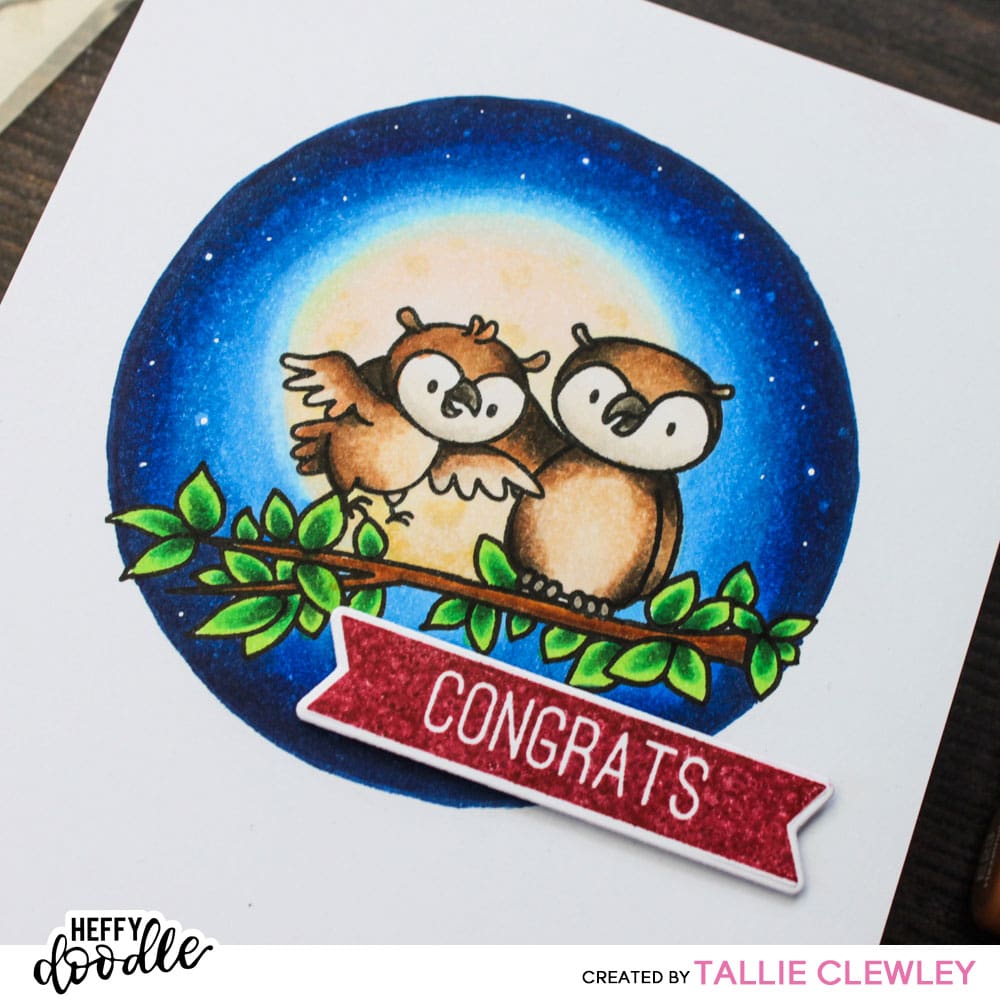 The finishing touch was to add a sentiment banner stamped and die cut with the Bold Banner Sentiments stamp set. I stamped this out in some Lawn Fawn Cranberry ink for some contrast to the scene.