Hello friends! It’s Ashley today with a fun scene card for you all! This card is perfect if you need a last minute Father’s Day idea, but it also could be used for a birthday or thinking of you card too! I love having multipurpose cards like this on hand just in case I forget to make something or run out of time. Plus, how can you not fall in love with those Nessies?? 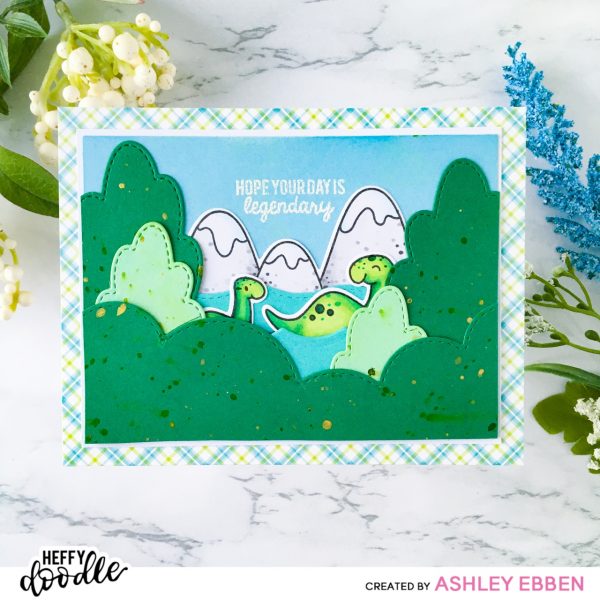 I started by stamping the mountains and Nessies from Highland Honeys in Lawn Fawn Jet Black ink onto Heffy Doodle Alcohol Marker Friendly cardstock. I colored with Copics, then cut them out with the matching dies before starting on my background scene.

I used a piece of Ice Blast cardstock as my sky backdrop. I added my mountains to the scene, then added the water on top that I created with the Breaking Waves dies and wave die from Highland Honeys on Simply Tealicious cardstock. 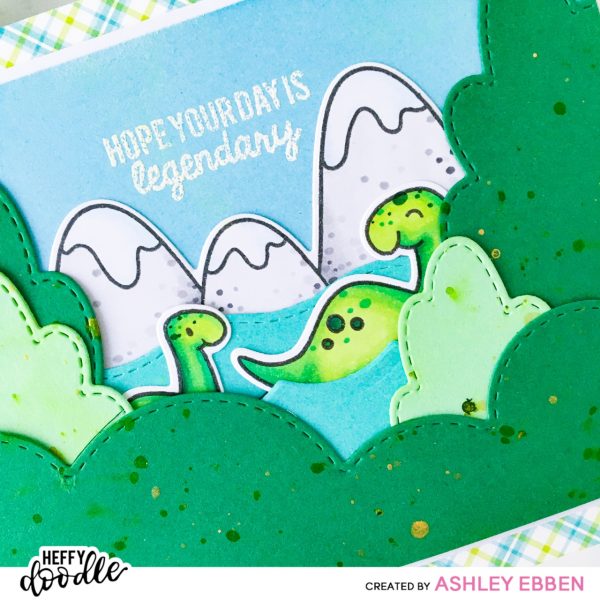 I used the Forest Builder dies for some bushes. I cut a few bushes from Hint of Mint and Wintergreen cardstocks, then splattered them with green and gold inks for interest. After adding those to the card, I used one of the Silver Linings Cloud Border dies on more Wintergreen cardstock to create a bush line. I wanted it to look like you were peeking through the bushes at the Nessies.

Once the background was all set up, I tucked the Nessies into the waves created by the Highland Honeys wave die. I added a thin border of white around the outside with Heffy Doodle white cardstock, then added it to a piece of plaid paper from my stash. I finished with a sentiment from Highland Honeys, stamped in VersaMark ink and embossed with white. 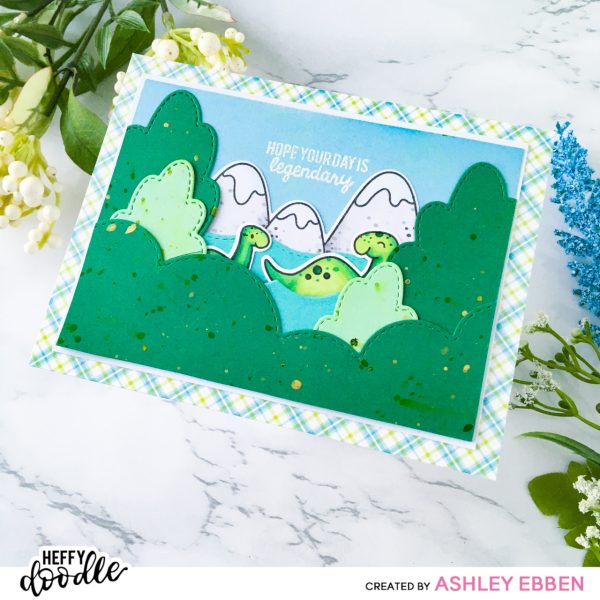 Have to laugh every time I see a dino card. This is so cute! I once recieved a hand drawn card from my Mom. A prehistoric birthday wish that read you may be getting older, but you dont stink yet! (She miss read a “cute” card she saw in the store. Extinct) We laughed for years, so every birthday we do an age sniff test. Ha ha. Thanks for the memories! I miss her.❤