Sometimes, all you need is a simple card to wish someone a happy day. You don’t always have to go full out with the scene colouring. In reality, I find the clean and simpler cards sometimes harder to fill in terms of the background as there is a fine balance between unfinished and filled. My card today features the Hootiful stamp set, uses just four small stamps and a sentiment, along with just a few Copic markers and some coloured pencils!

Part of my challenge today was to use one of the stamp sets I’ve not really used very much: Blooming Marvellous. You know I like to colour so I don’t get much use of stamps that are fully filled and meant for inking. Today, I used them to give me an outline that I could then colour in and add the details. 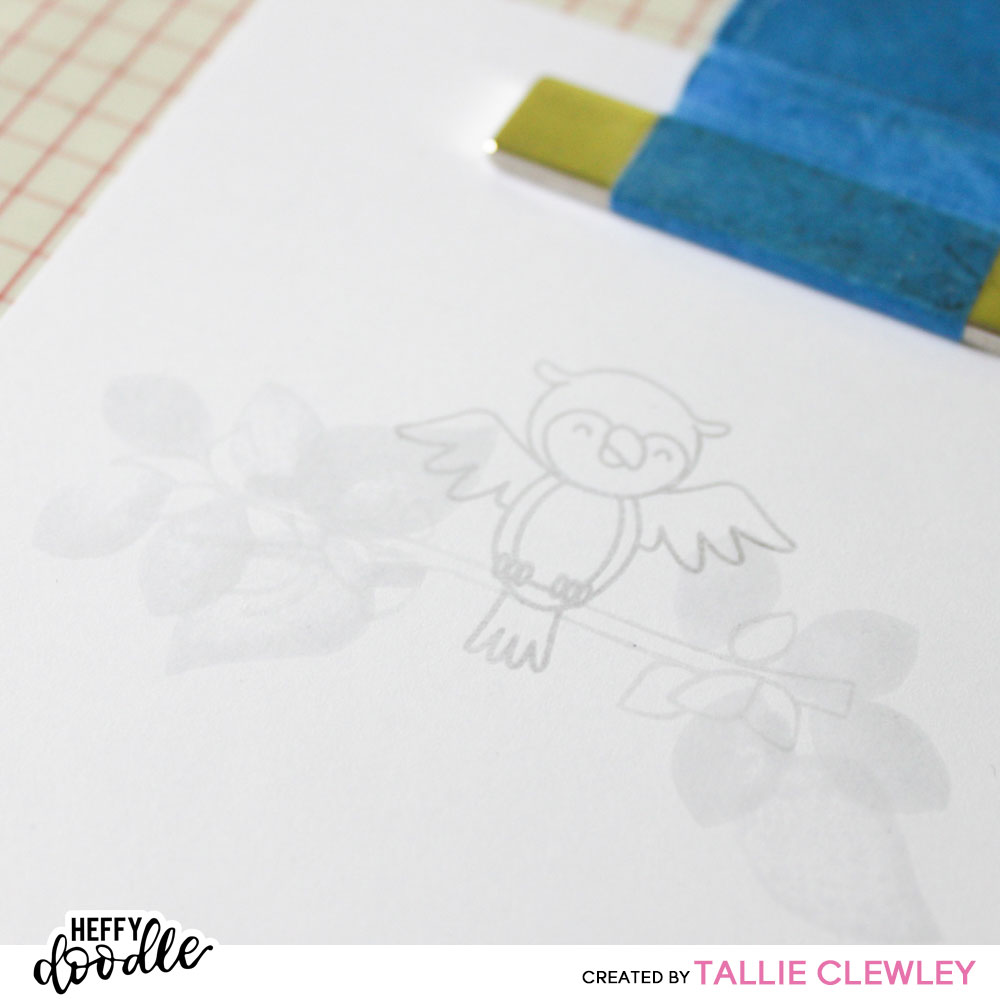 I’m doing my usual no-line colouring so I am using Lawn Fawn Jellyfish ink on some Alcohol Marker Friendly Cardstock. The lightness of the ink means I don’t have to mask – bonus! – so I can overlap the stamps without worry. I started with the branch and the owl from the Hootiful set, then I stamped several of the two smaller leaves from the Blooming Marvellous set to extend the foliage. 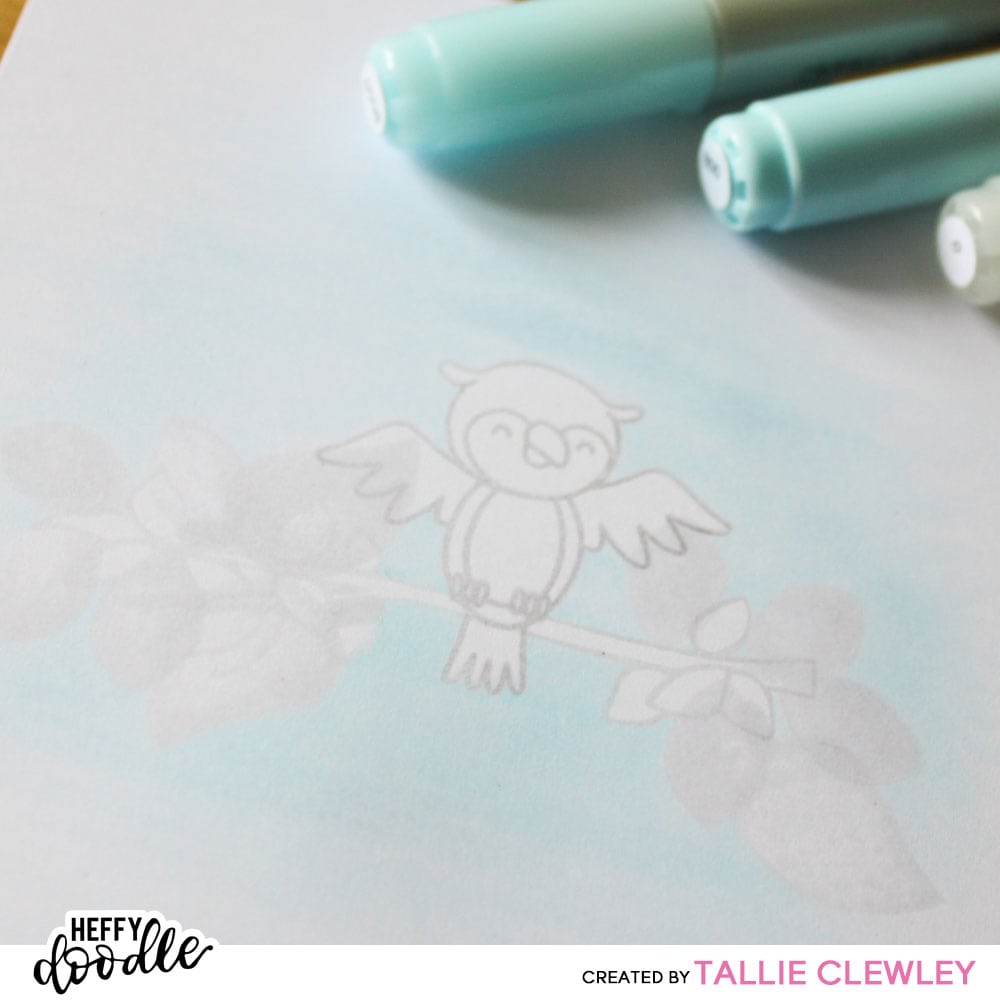 As is normal, I start with the background so I don’t get any colour bleed. I used some light blue markers, blending out with some colourless blender to get the fade-out look. Some linear texture adds to the background effect. 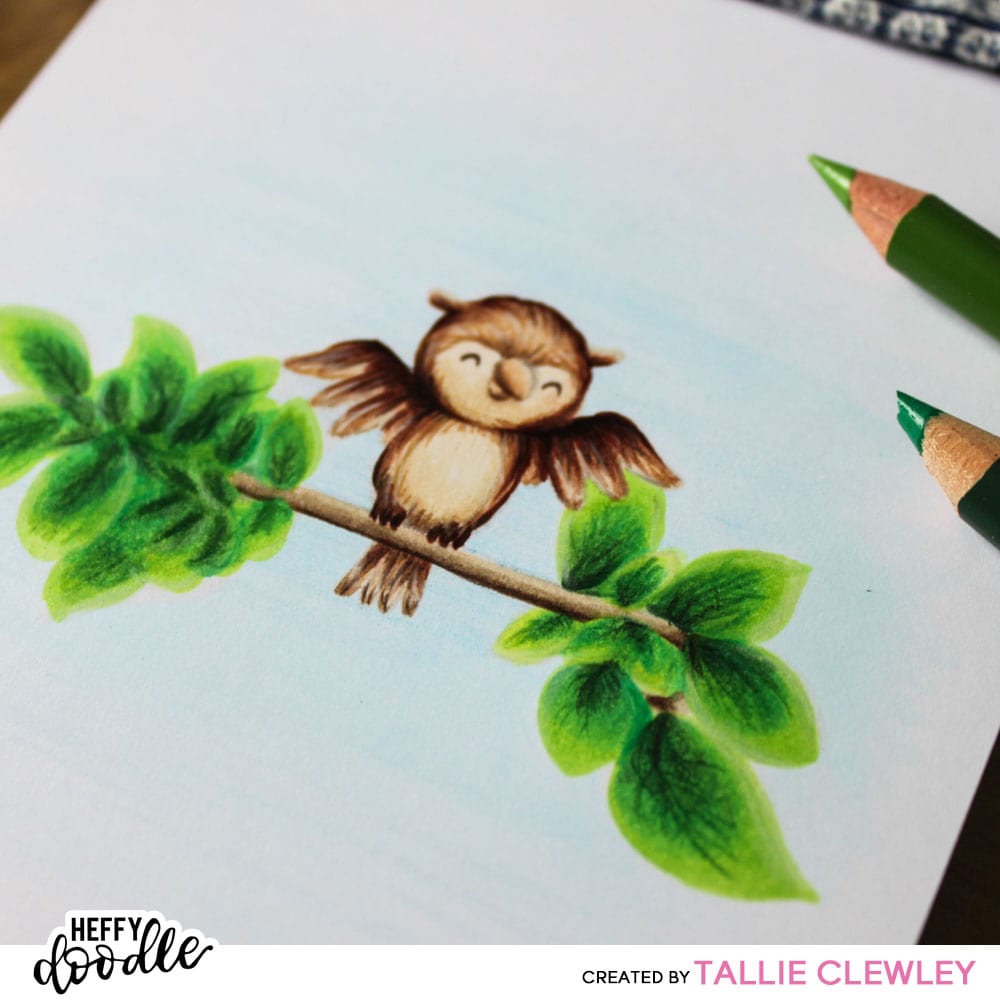 I then started in on the colouring, putting down a base layer of marker and following up with coloured pencil for the finer details. With no-line colouring it is important to keep a good depth of contrast between the lighter and darker tones to make up for the lack of a thick black line. 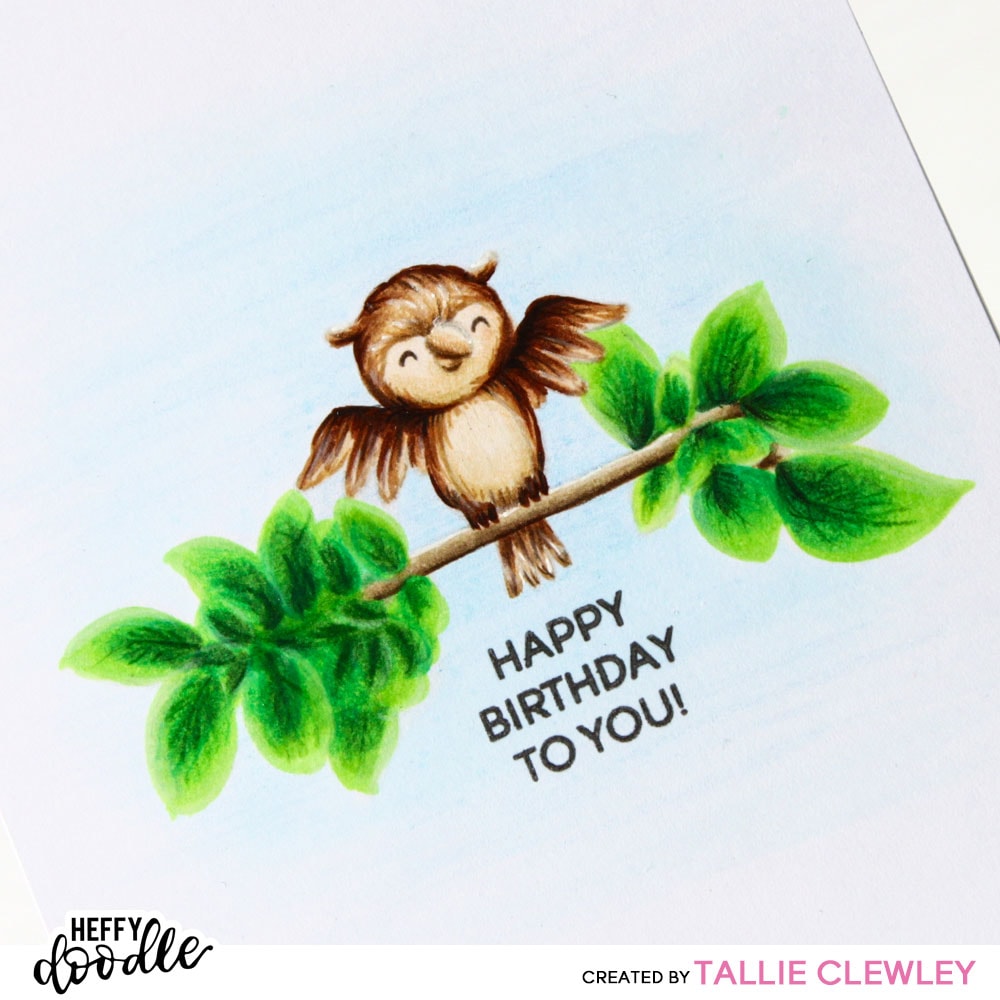 I wanted to keep the sentiment simple and the birthday greeting from Whatcha Saying? fits perfectly under the owl. 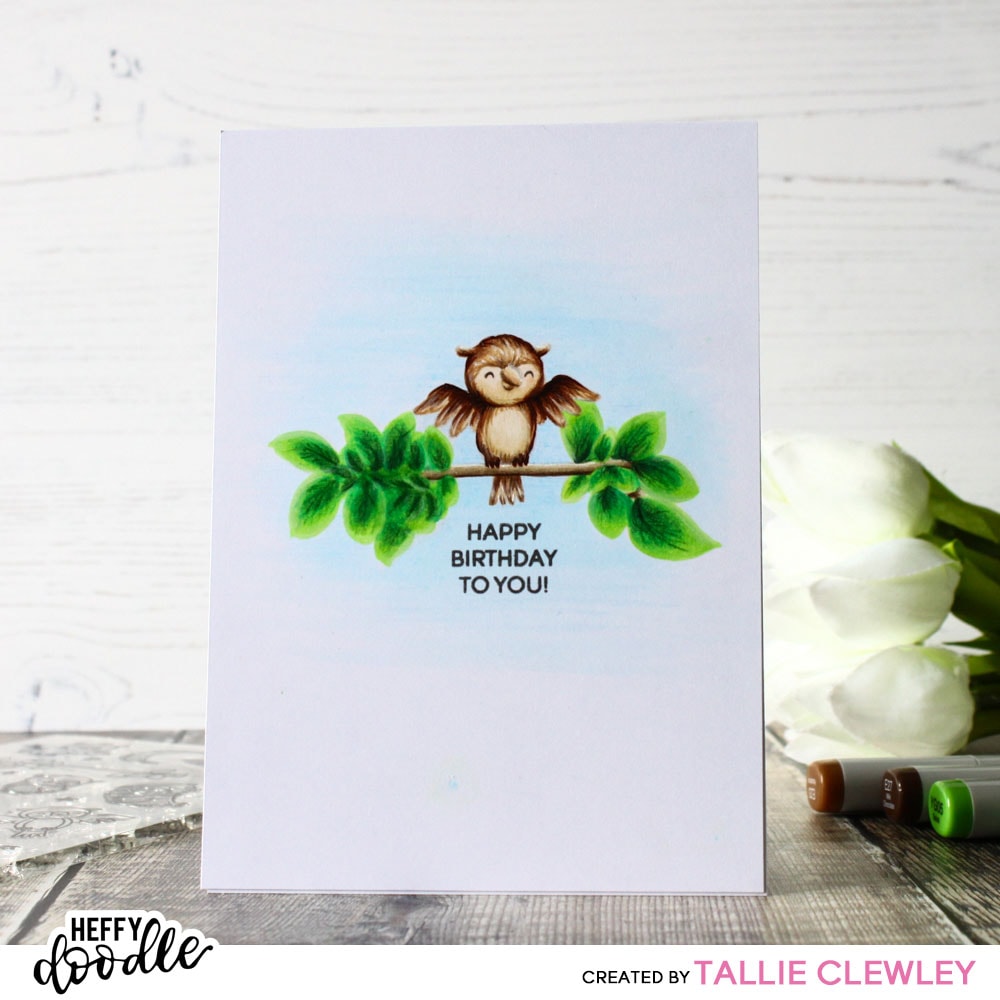 A simple but detailed way to say happy birthday and as a bonus I made use of a rarely used stamp set!