Hello, Heffy Doodlers! Tallie here with my first blog post as a full member of the Design Team, whoop! You’ll see me on the first and third Friday of every month for the near future.

Today marks the start of my CAS blog series. CAS – Clean and Simple – is more my style and I love to use my alcohol markers to create a focal point surrounded by lots of white space and a simple sentiment. It’s also a really good way to practice specific techniques.

Since it’s Autumn (or Fall for our friends over the pond), I thought I’d start out with a pumpkin as the central focal point of the card. Whilst the stamp is just a few black lines, you can give dimension to the image by using just a few different markers. Today’s card features the Veggie Patch stamp set. 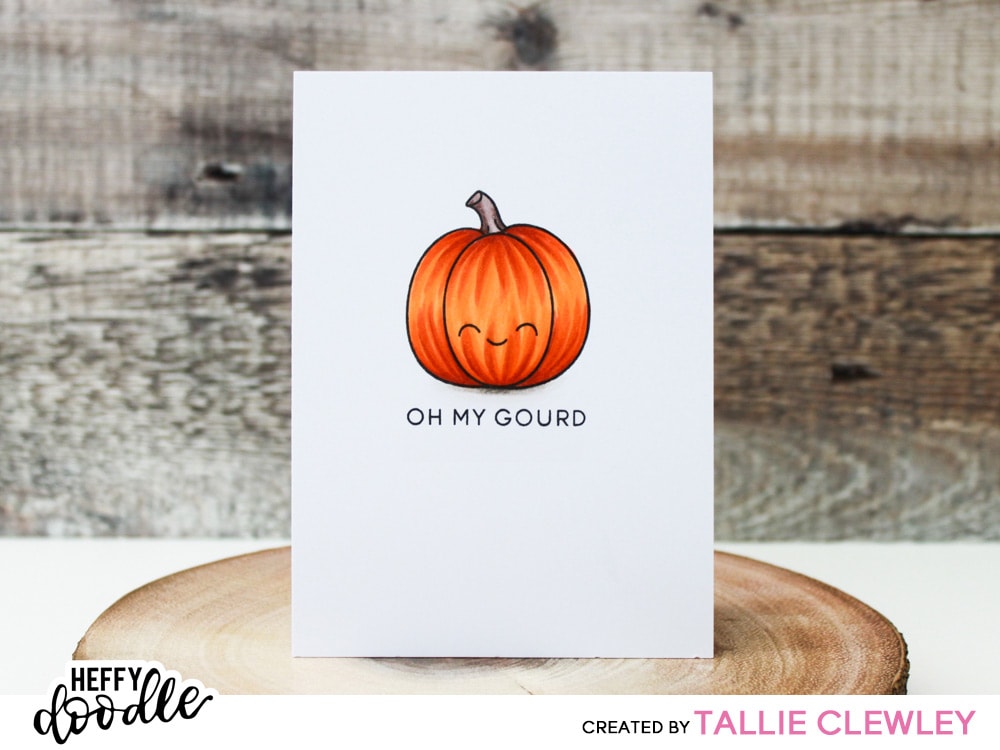 I started out by stamping the pumpkin from the Veggie Patch stamp set out onto an A6 panel of blending cardstock in some Memento Tuxedo black ink. These are both alcohol marker friendly and will ensure there is no bleeding of ink outside of the lines.

Copic markers are my preferred markers, though other brands can be used to get the same results. I used six different markers for the pumpkin (E19/YR18/YR07/YR16/ Y38/Y15), two for the stalk (E77/E74) and two for the ground (W2/W00). I chose these colours to make sure the shadowed areas were dark and the highlight areas were a bright, vibrant yellow. 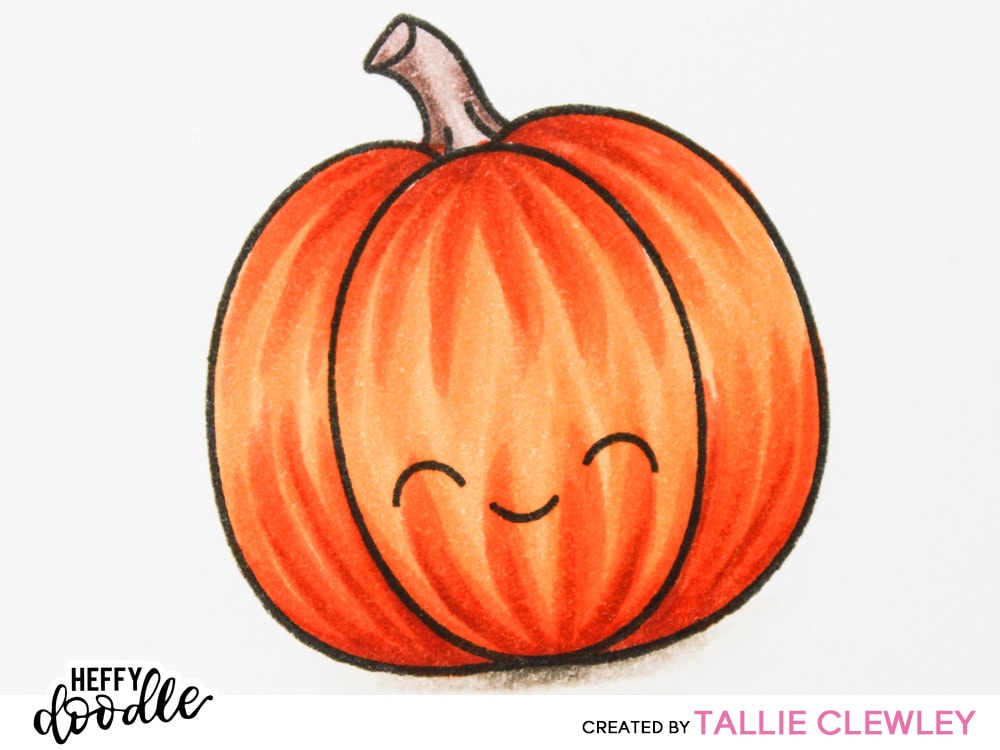 I then went back in with the darkest marker and deepened up the shadow areas, blending out again with the other markers until I was happy with the dimension. Be sparing with the darker colours because it is really easy to ‘eat up’ the highlight!

I chose to leave an area of highlight in the centre, though you can join up the shading lines to make the ribbing more consistent (like in this card I made when the stamp set was released).

A little shading using some warm grey markers adds some grounding to the scene and doesn’t make it looks as though it is floating in mid air! 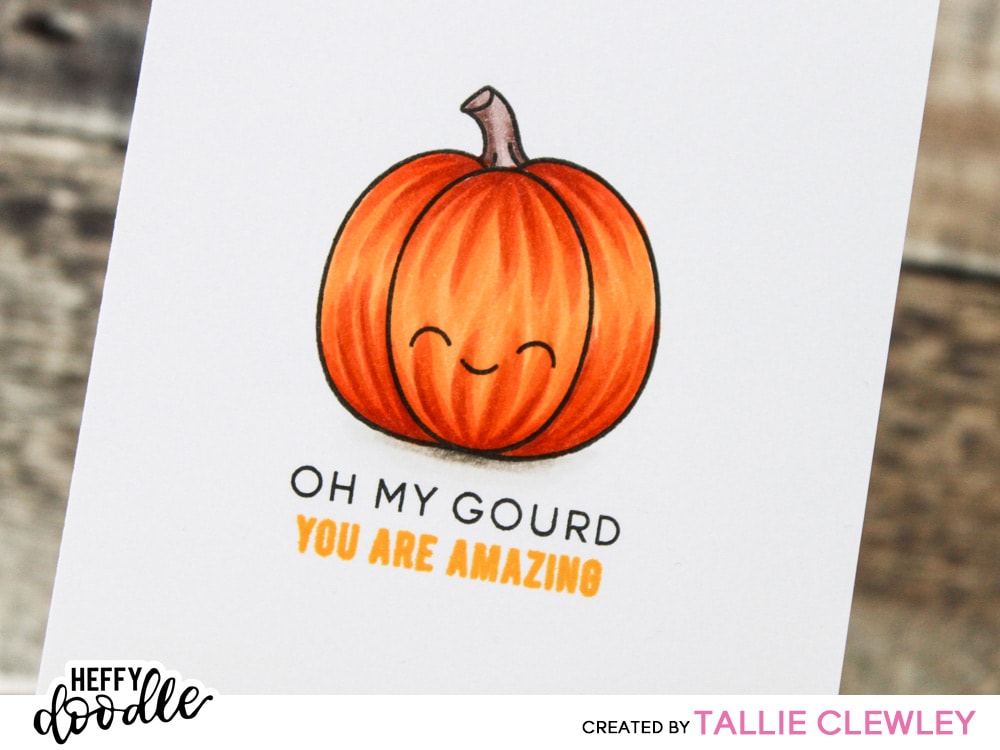 For the sentiment, I had two different options. The most simple is stamping the ‘OH MY GOURD’ punny sentiment from the Veggie Patch stamp set in some black in. The second option is to add an additional sentiment in a coordinating ink colour – I used Lawn Fawn Carrot Ink. I happened to use one of the ‘teeny freebies’ that Lesley sends out with some of the Heffy Doodle shop orders.

In my next post I’ll take this idea and extend it with a background scene.

Give it a try with one of the stamp sets you have!

One Comment on “Clean and Simple – Oh My Gourd!”