Sindhu here. Hope you are having a great week. This is my first post for Heffy Doodle blog and I’m super excited!

I made a set of three cards that are super fun to make.

I first die cut a bunch of coloured card stock sheets using the Heffy cuts- ‘Strips of ease‘ and ‘Stitched strips of ease‘. There are three standalone dies in each set and I ran them through my die cutting machine without separating them. I also saved the thin strips that are left out to make a bonus card.

Here is the first one- 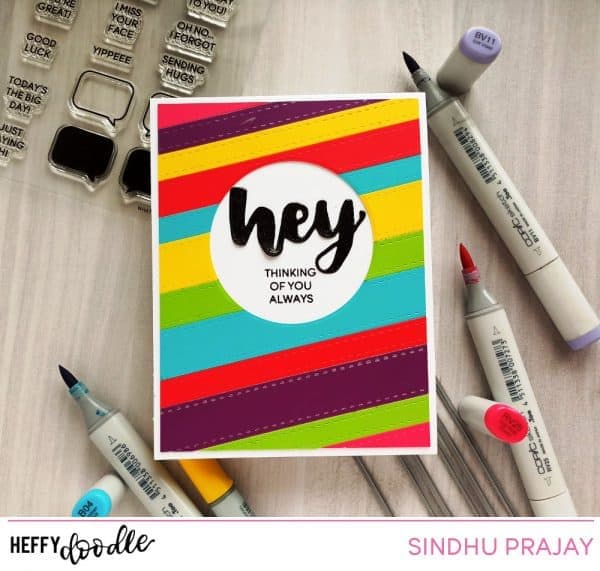 I started by covering a printer paper with adhesive and adhered the strips diagonally. Then, I trimmed off the edges and die cut a circle window. I also die cut the word ‘hey’ using Hey- Heffy cuts. I covered the diecut with a layer of Wink of Stella and applied a coat of ‘Morning Dew’ Nuvo crystal drops.

I assembled the card by adhering the diagonal panel to a card base and stuck the die cut word. I stamped a sentiment from ‘Whatcha Sayin’‘ stamp set to complete the card.

Here is a close up… 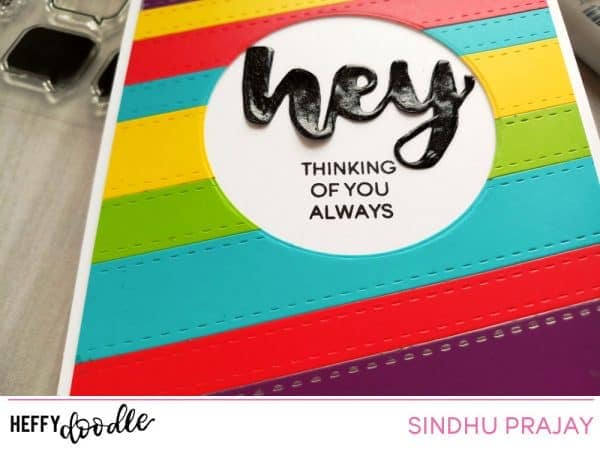 For the second card, I followed the same steps as the first except that I used Stitched strips of ease instead of their stitched counterparts and used a die cut word instead of the whole panel.

I also dry embossed the background using the ‘Stitched strips of ease‘. Dry embossing in the background adds a lot of interest to a simple card while not dominating the focal image. 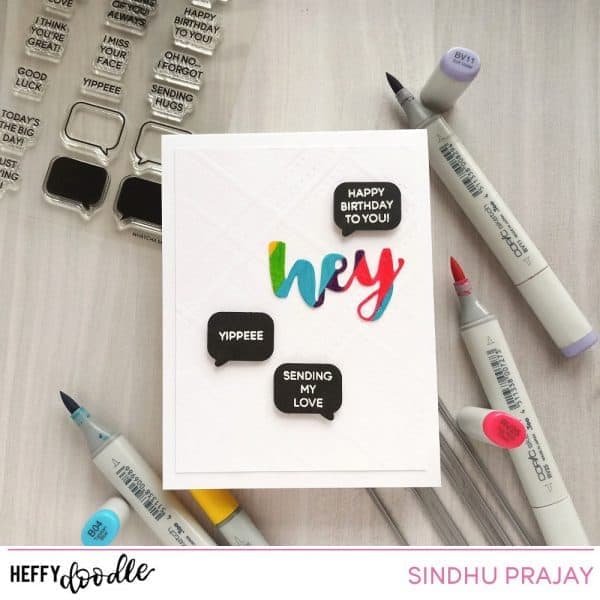 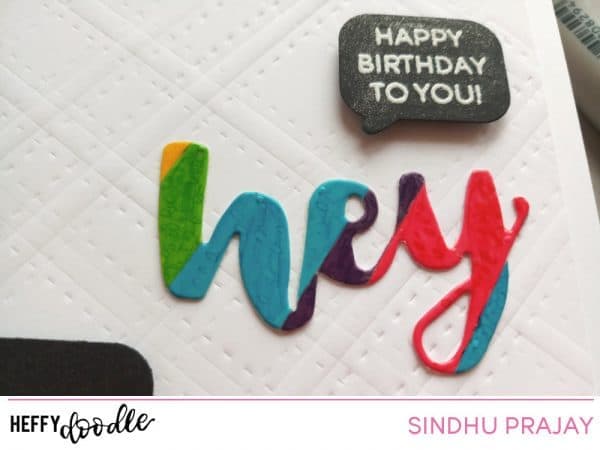 For the last card, I used the left over strips from die cutting. They are thinner than the actual die cuts but still are good to work with. I followed the same steps as the first card but die cut a heart which I used as a focal image. For this card too, I dry heat embossed the background using the ‘Stitched strips of ease‘ Heffy cuts. I heat embossed the sentiment from ‘Whatcha Sayin’‘ stamp set and die cut it using the ‘Whatcha Sayin” Heffy cuts. 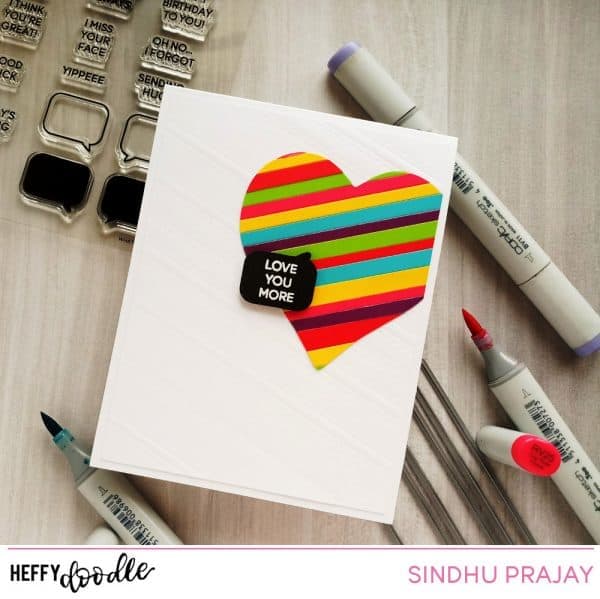 Here is a close up… 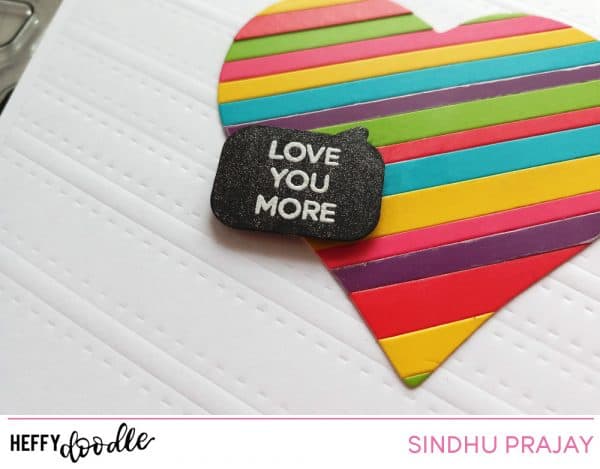 Aren’t they fun to make? You could also use scraps of patterned papers for a completely different look. 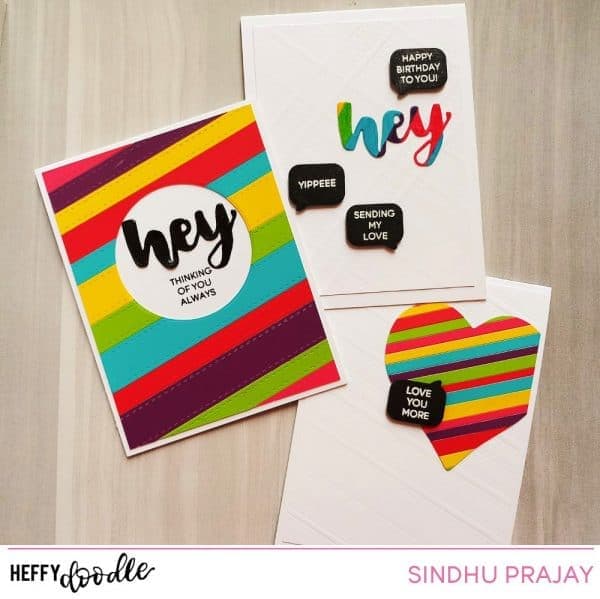 I hope you like the cards. Have a great week..

2 Comments on “A stripy card set”

Gorgeous cards Sindhu, those colours are so beautiful together!