Hello everyone!! It is Mayra from Mayras Designs here with you once again with my final guest design post for the Heffy Doodle blog. It has been super wonderful!! I can’t thank you enough!!! I created a set of three cards to share with you today. I used the super cute Prehistoric Pals stamp set!!! Once I saw the mammoth I fell in love!! 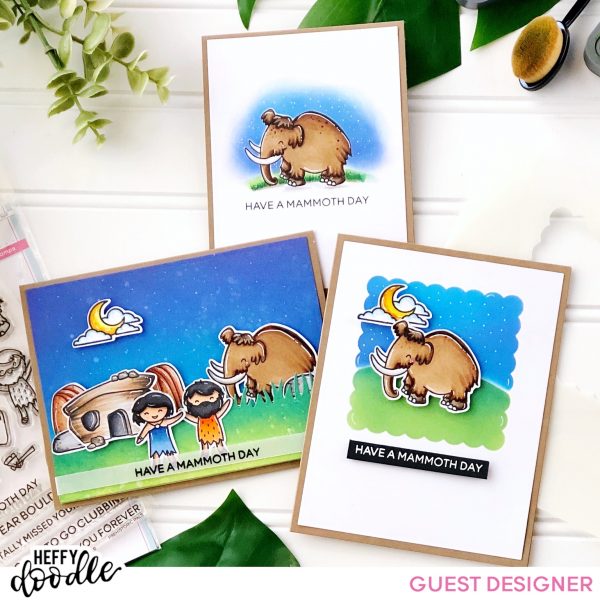 For the first card, I stamped the mammoth onto a rectangle die cut piece of white cardstock using black ink. I then colored my mammoth in using Copic markers. I started with a layer of E43, then I added E59, E57, E35, E55, E31. I used these colors for all of the mammoth images. I then stamped the sentiments underneath the mammoth. I also heat embossed the same sentiment onto a strip of black cardstock, as well as a strip of vellum. I then added a bit of grass to the background using Copic markers in the colors G29, G05, YG06, YG00. I then added a bit of Twisted Citron to the grassy area to deepen it a bit more. Next, I added Salty Ocean and Blueprint Sketch Distress Oxide inks to create the night sky. 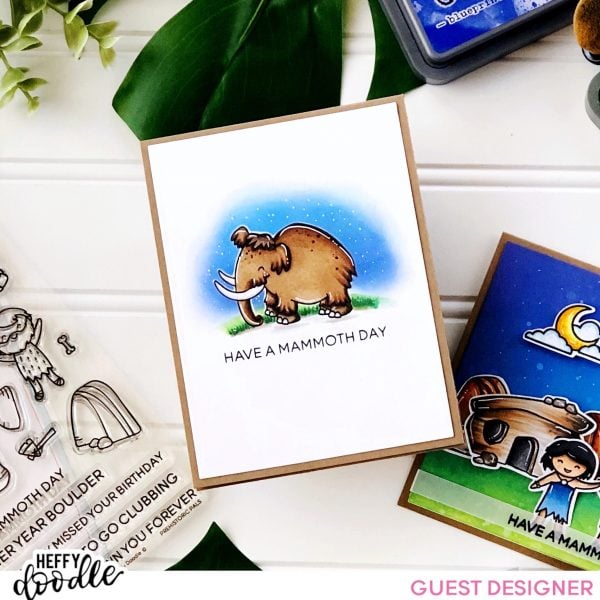 For the next card, I used the Scalloped Square Maskerade Stencil.  I used a bit of tape to hold my stencil in place. I used Distress Oxide Inks to add the grassy and sky areas. I first using Mowed Lawn and Pine Needles for the grassy hill. Next, I used Salty Ocean and Blueprint Sketch for the night sky. I used these same colors for the third card as well. I then added my colored mammoth to the card and the heat embossed sentiment strip. I added the adorable moon and clouds image from the Absotoothly Awesome stamp set to this card. 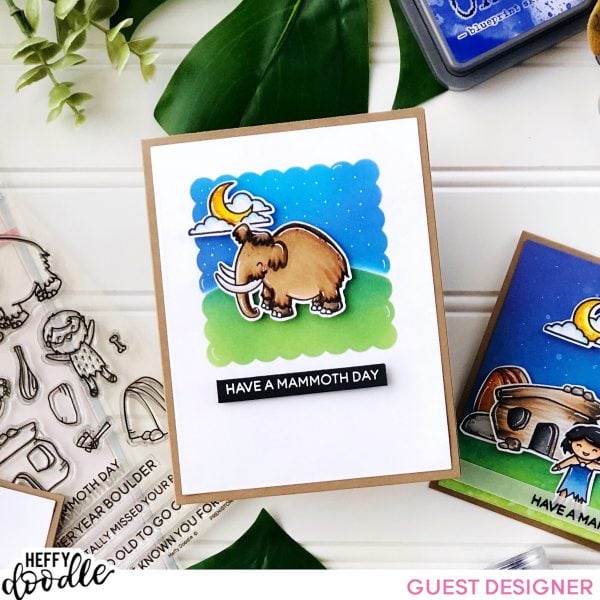 For the third card, I used the same colors as mentioned Mowed Lawn, Pine Needles, Salty Ocean, Blueprint Sketch, and a bit of Wilted Violet. I began by creating the night sky I used Bristol Smooth Cardstock. I then die cut a strip of grass using a basic grass die. I ink blended the greens to add color to it.  Next, I colored the rest of the images I would be using. I used Copic markers. For the blue dress, I used B28, B24, B32, and B21. For the orange outfit, I used YR07, YR18, YR16, and YR12. For the boulders, I used E33, E09, E99, E97. For the moon,I used YR24, Y19, Y08, and Y00. I then glued the grassy area to the base of the card. Next, I added the vellum strip with the sentiment onto the card. I then added all the colored images to create the scene. I hope you enjoy the cards I created to share today. Thank you so much for taking the time to stop by! Hope you all have a wonderful and blessed day!! 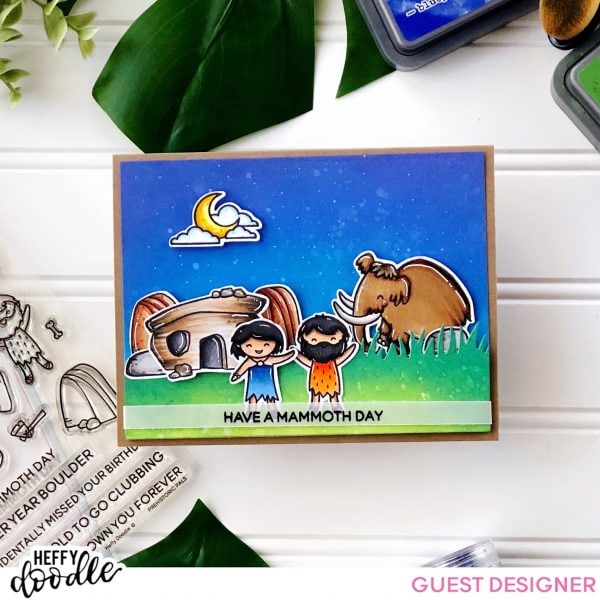 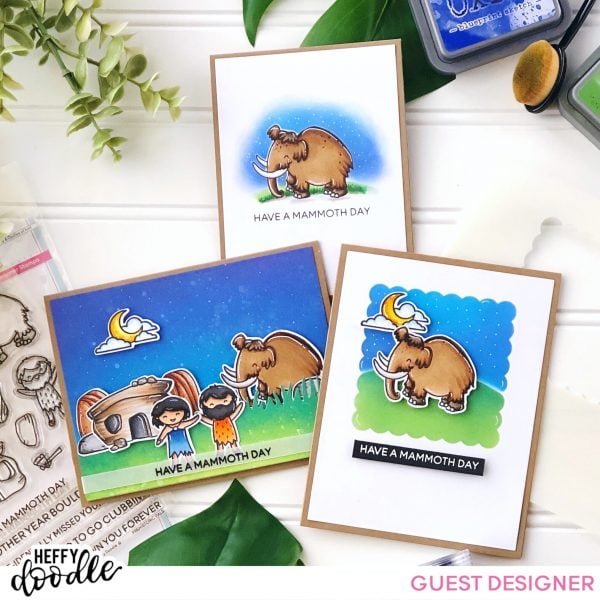