This week I chose to take a break from rainbows for making a “monochromatic” project inspired by one of my favorite Oxide combo (Black Soot, Seedless Preserves and Victorian Velvet). I made this purple slimline card using some of the new products: Mole Lotta Love stamp set, Hot Air Balloon dies, Get Well Soon – Shadow Heffy Cuts and the Constellation Price stencil. 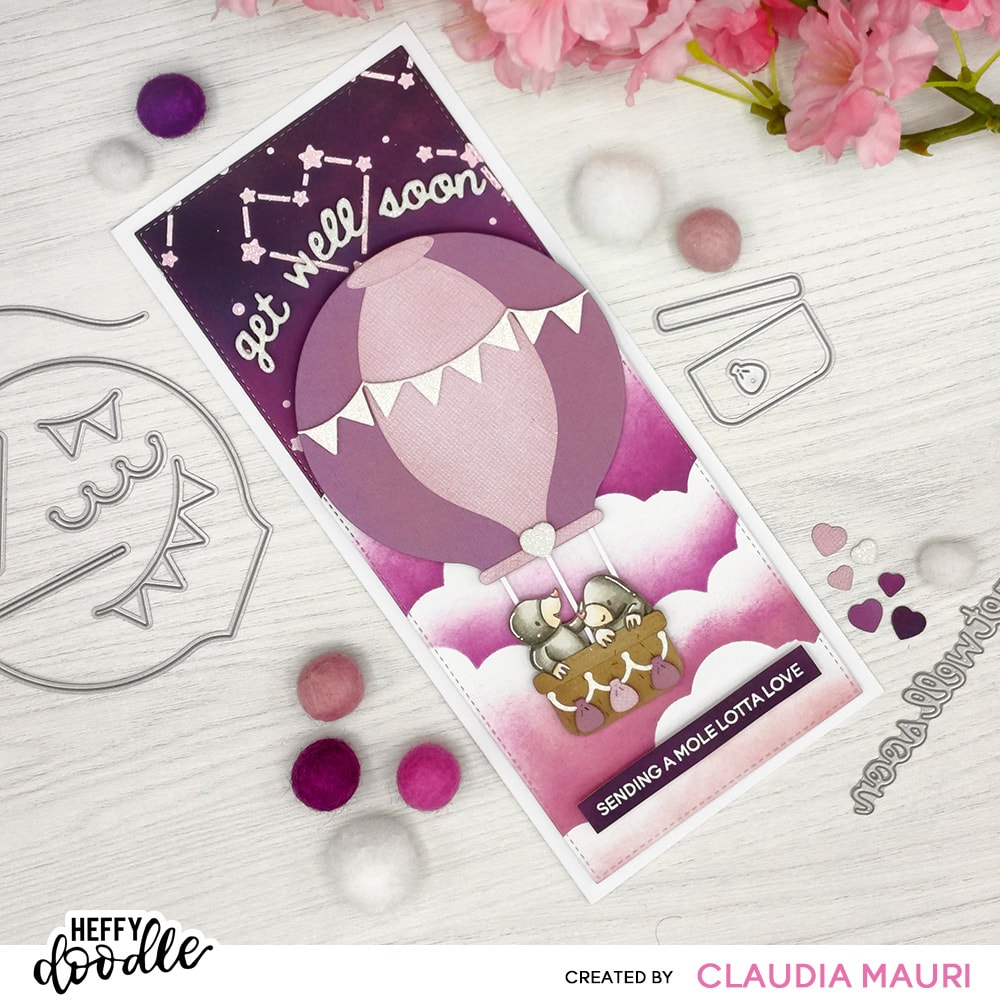 The Mole Lotta Love stamps/dies are not for sale yet but you can get them for free with a £30/45 purchase. Hurry up if you haven’t already bought new goodies!!

Now on to the card making!! First of all, I made the sky background: I ink blended Distress Oxide Seedless Preserves and Victorian Velvet on a piece of Heffy Doodle White cardstock and I added some Black Soot Oxide ink on top to darken it up. I used a white embossing paste with the Constellation Price stencil on the ink blended panel and I sprinkles some glitter over it after removing the stencil, then I set it aside to dry. 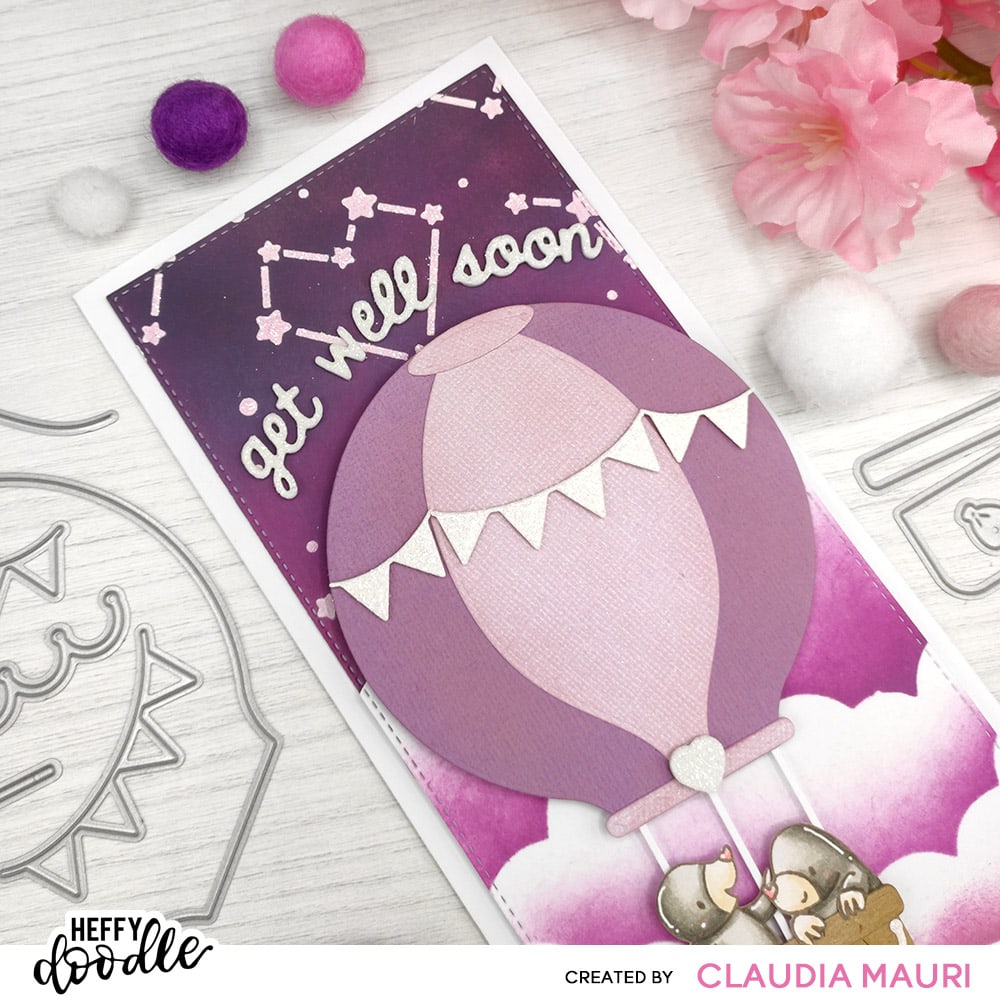 On another piece of Heffy Doodle White cardstock I used the Cloudy Skies stencil with Distress Oxide Seedless Preserves and Victorian Velvet to create the puffy clouds. I later used a cloud border die to cut the top of this piece, though it ended up completely covered by the hot air balloon.

I stamped the Mole Lotta Loves cuties on alcohol friendly cardstock and colored them with Copic markers. I used Ws and E00s markers. I added details with a white gel pen and use the coordinating dies to cut them out, though I later decided to fussy cut them. 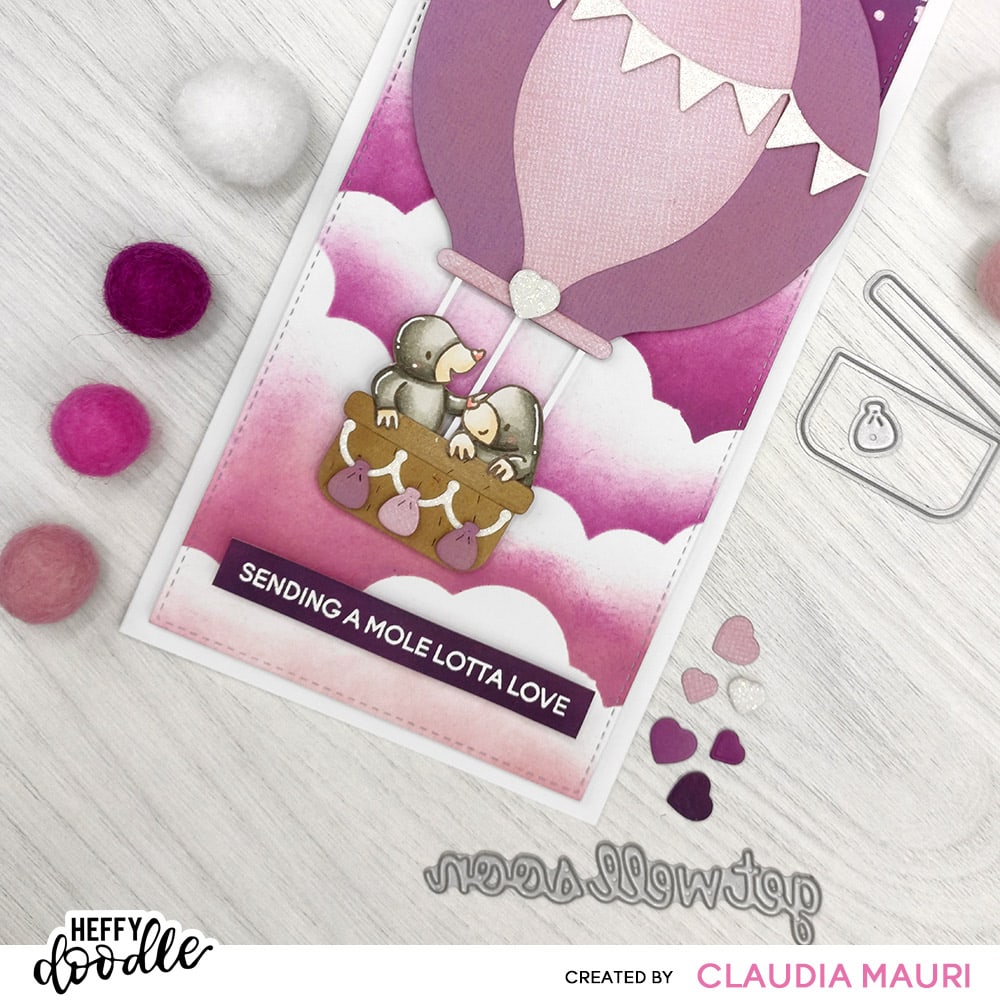 I chose two Bazzil purple cardstock that could match the Distress Oxides and I used the Hot Air Balloon dies on them; I also used white glittered and kraft cardstock (on which I previously used the Woodgrain Texture die for a another card) to create the other parts. I assembled the balloon and placed the moles: that’s when I decided to fussy cut them ’cause I wanted them to have their paws in front of the basket-but I didn’t like the white border effect for the rest of the critters. 🙂 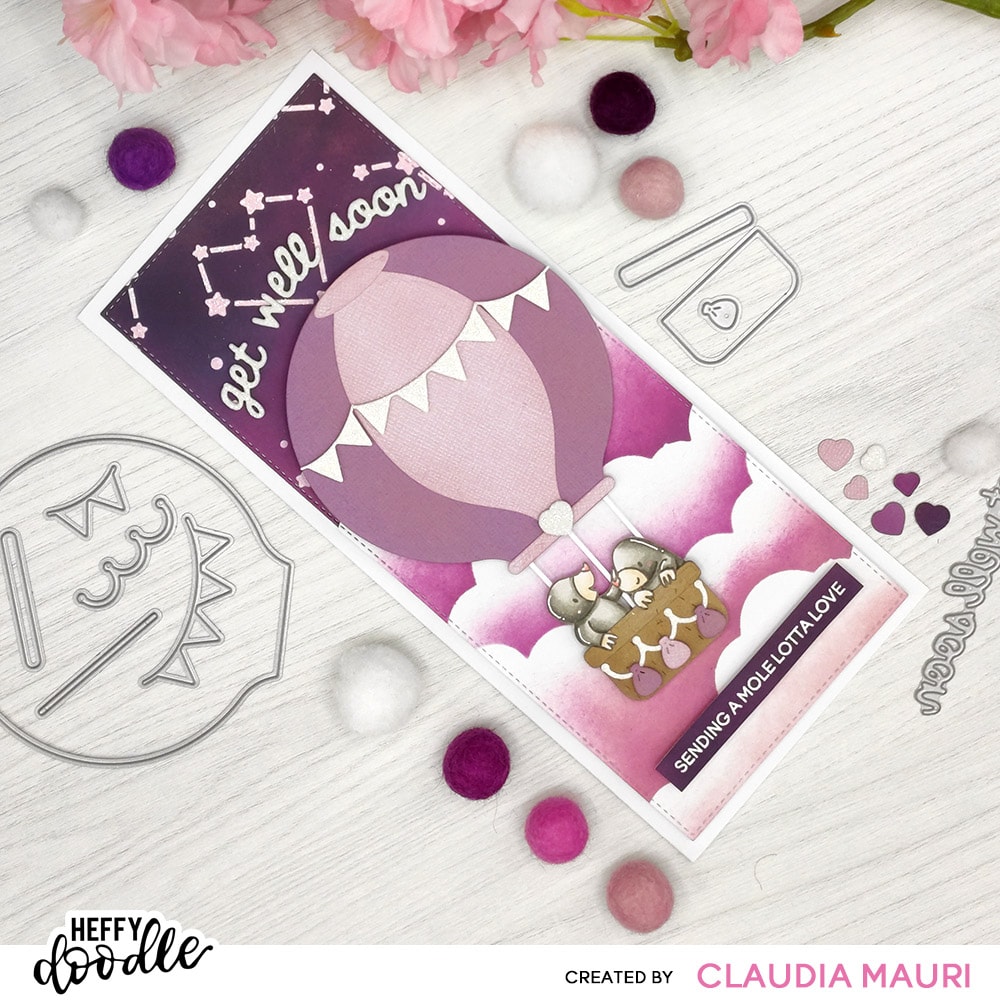 At this point I used the biggest die from the Stitched Slimline Trio on both the ink blended panels and I attached them on a white card base, using Glubert for the sky and foam pads for the clouds. I heat embossed the sentiment from the Mole Lotta Love stamp set on a piece of cardstock where I blended some Seedless Preserved Oxide ink and I used the Get Well Soon – Shadow Heffy Cuts die on white glitter eva foam. I used  foam pads to place the Hot Air Baloon in place and I finally added the two sentiment.

That’s all for today, see you soon and happy crafting!