Hello friends! It’s Ashley with a magical Christmas card for you today! I wanted to do some a bit different than the traditional Christmas scene, so I give you: Christmas in the sky! These cute fairies and unicorns are getting their tree all decorated before the big day! 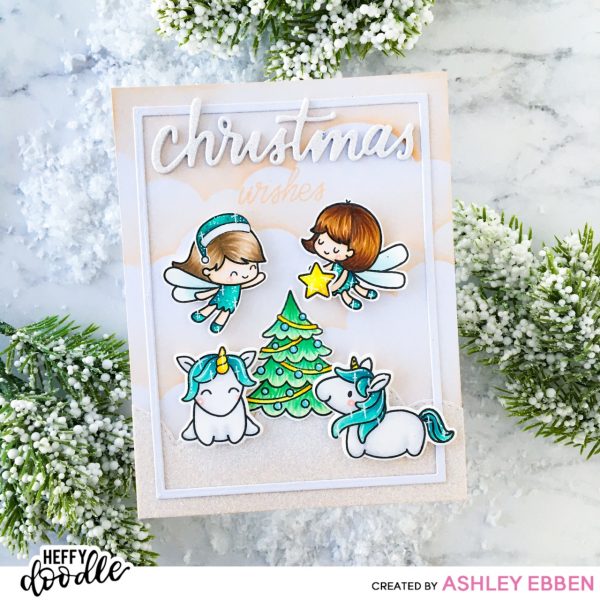 I wanted a different twist on Christmas colors to go with the unexpected setting, so instead of red and green, I decided to go with mostly peach and teal. I started by blending some clouds on the new White Cardstock with Lawn Fawn Apricot ink and the Cloudy Skies stencil. If you haven’t tried the new cardstock for ink blending yet, I highly recommend it. Especially if you have trouble with blends – this cardstock is so crazy smooth compared to my normal Neenah! I am in love! I added a cloud bottom die cut from white sparkle cardstock with the Silver Linings Cloud Border dies. I decided the background needed a little something extra, so I added a white Skinny Imperial Rectangle Frame. 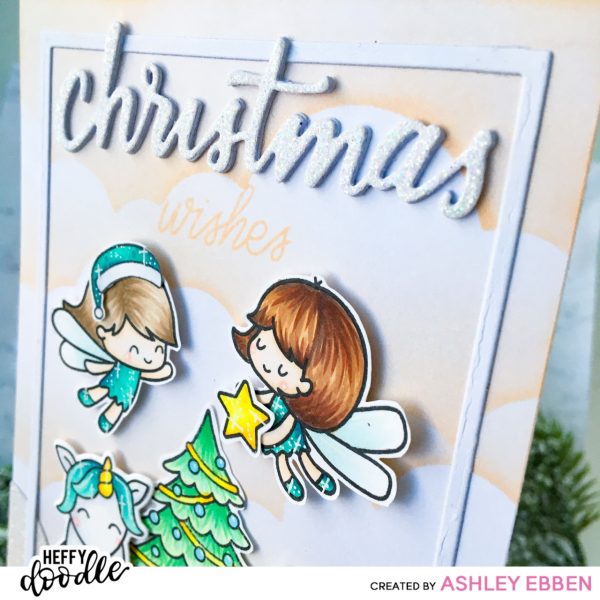 I stamped images from several sets on white cardstock in Lawn Fawn Jet Black ink. I used the fairies from Absotoothly Awesome, the unicorns from Fluffy Puffy Unicorns, the tree from Wanna Build a Snowman, the star from Spaced Out, and the hat from the Santa in Santa’s Village. I colored everything with Copic markers and cut them out. I adhered the images to the card, popping the fairies and unicorns up with foam tape for dimension. For the sentiment, I die cut the Christmas word die twice from white cardstock and once from white sparkle cardstock. I layered the die cuts up and added the dimensional word to the top of the card. I added the “wishes” from Wanna Build a Snowman underneath with more Lawn Fawn Apricot ink. 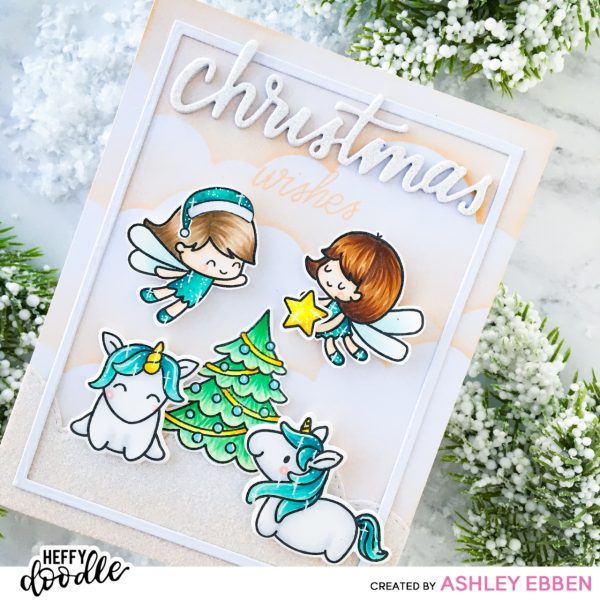