Hello friends! It’s Ashley today with a soft new color combo featuring the cute Fluffy Puffy Unicorns and some fairy friends! I wanted to use the Sparkle word die as part of my sentiment, so I set off to find some color inspiration that included glitter. I came across this lovely image on Pinterest and was sold! 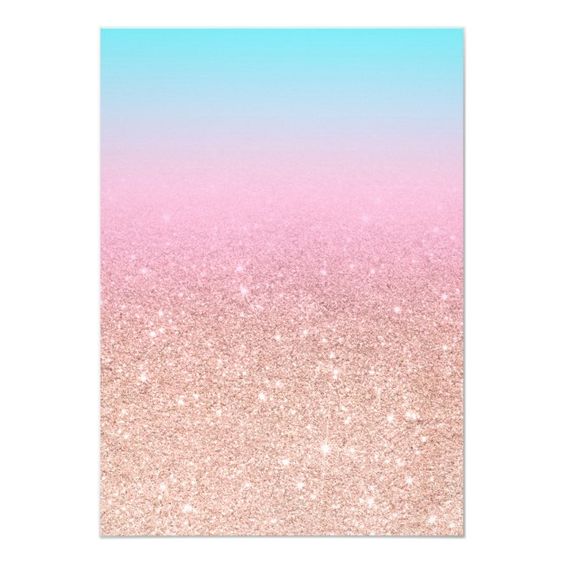 I also decided to do something a bit different and created a shaped card – my first one! I couldn’t resist pairing the sparkle with a big Stitched Star! Here is my final product! 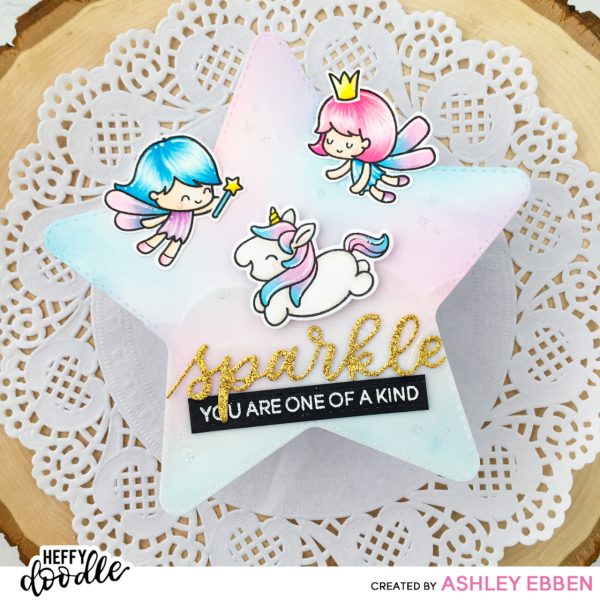 I started by cutting out my Stitched Stars. I cut one star fully out of white cardstock to be my card front. I then folded a piece of white cardstock for my base and cut out the star again, leaving it connected at the fold, and set the card base aside until the end. I blended Distress Oxides in Spun Sugar, Milled Lavender, and Tumbled Glass onto the full star. I added a few vellum clouds cut with the Silver Lining Cloud border dies to the bottom of the star. 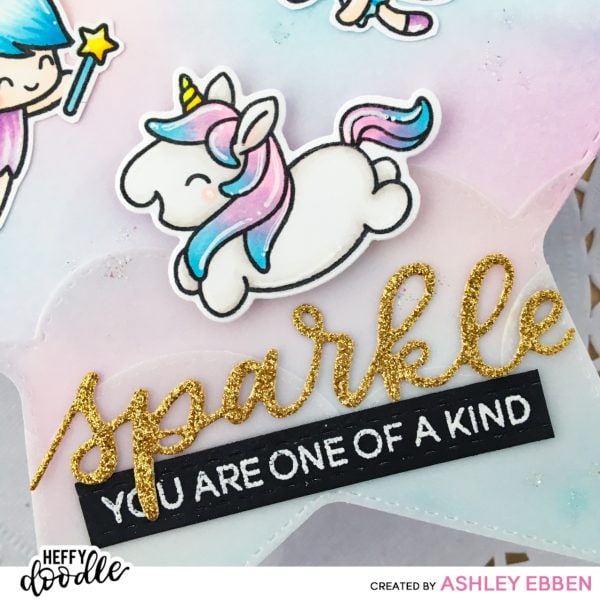 I stamped the unicorn from Fluffy Puffy Unicorns and the fairies from Absotoothly Awesome in Memento Tuxedo Black ink and colored them with Copics before cutting them out with the matching dies. I added some white gel pen details and some shimmer to the the fairies’ wings and unicorn’s hair with a Wink of Stella brush pen. I adhered them to the card, popping the unicorn up with foam tape for dimension. 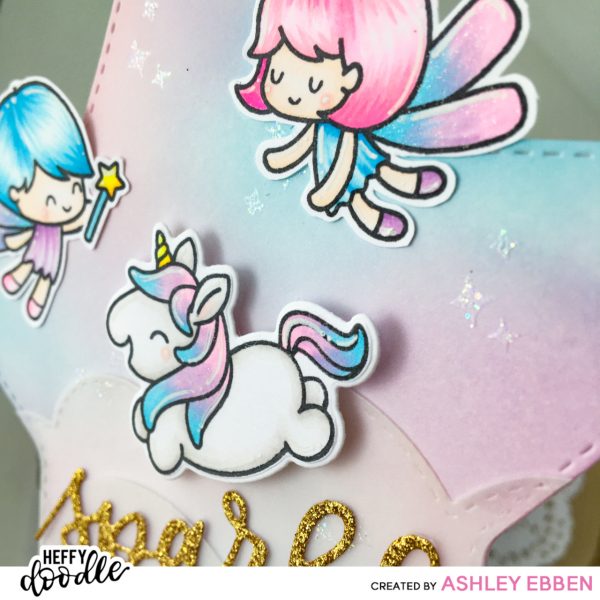 I used the sparkle images from Fluffy Puffy Unicorns along with VersaMark ink and iridescent glitter embossing powder to add sparkle around the card. I used the sparkle word die from Sparkle & Shine with some gold glitter cardstock for the first part of the sentiment. To finish the sentiment, I stamped a phrase from Fluffy Puffy Unicorns on Oreo Crunch cardstock with VersaMark ink and embossed with white. I die cut it with one of the Stitched Strips of Ease before trimming it down and adding it to the card. 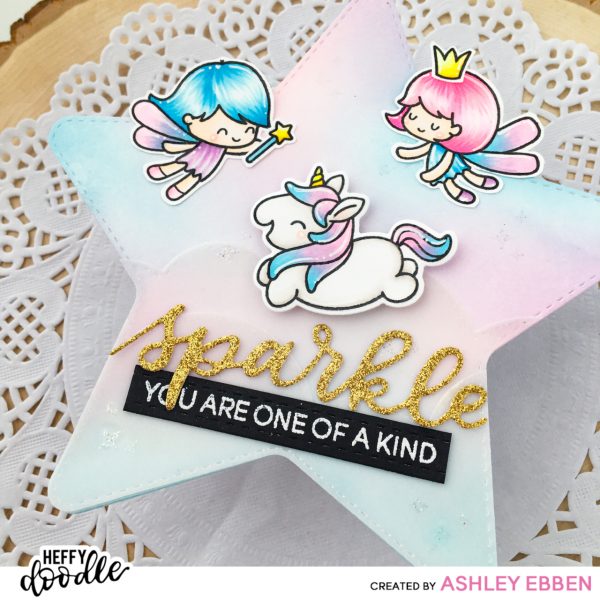 Thank you so much for stopping by today! Have a magical day! 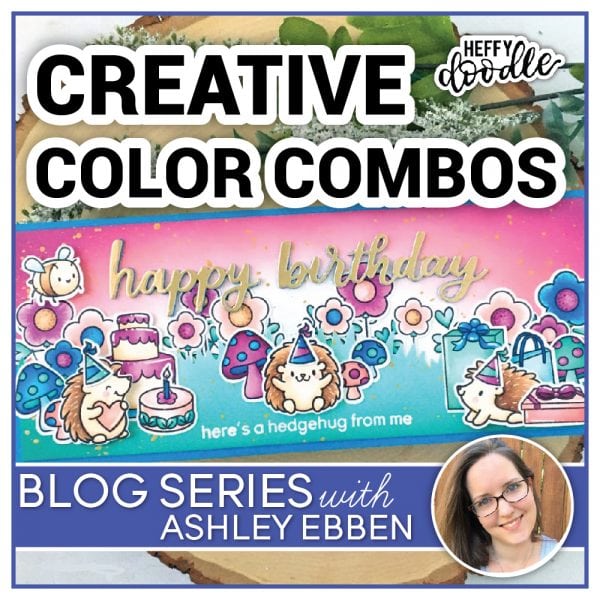